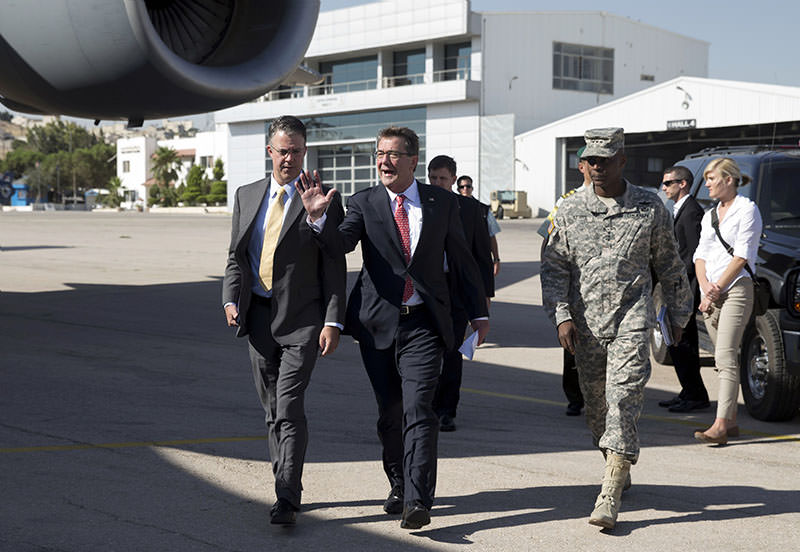 US Defense Secretary Ashton Carter (C), joined by US Army Lt. Gen. Ron Lewis (R) and Chief of Staff Eric Rosenbach (L) boards his plane at Queen Alia Airport in Amman on July 23, 2015, en route to Baghdad (AFP photo)
by Anadolu Agency Jul 23, 2015 12:00 am
US Secretary of Defense Ashton Carter arrived in Baghdad on Thursday in an unannounced visit.

An informed source in the Iraqi Ministry of Foreign Affairs told Anadolu Agency that Carter had arrived on Thursday morning to Baghdad, coming from Saudi Arabia, which he had visited as part of a Middle East tour that included Jordan and Israel.

The source, who asked not to be named because he is not authorized to release information to the media, said that Carter will meet Prime Minister Haider Al-Abadi and his Iraqi counterpart Khaled al-Obeidi, along with a delegation of tribal leaders from Iraq's western Anbar province.