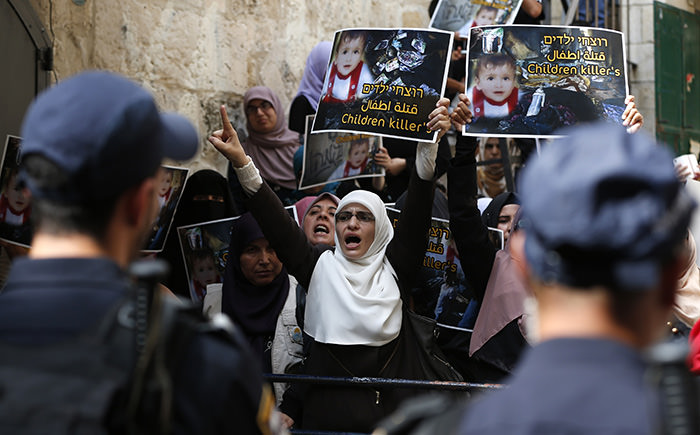 Over the same period, he added, the Israeli authorities banned 28 Palestinians-including six women-from entering the holy site for periods ranging from 15 to 180 days.

"About 130 Palestinians, including six women and 55 minors, were arrested last month in several districts of East Jerusalem," said Siyam.

According to the NGO, the Israeli authorities demolished 11 structures in the city over the same period on claims they had been built without permits.

Israel occupied East Jerusalem and the West Bank during the 1967 Middle East War. It later annexed the holy city in 1980, claiming it as the unified capital of the self-proclaimed Jewish state in a move never recognized by the international community.

International law views East Jerusalem and the West Bank as "occupied territories," deeming all Jewish settlement building on the land to be illegal.

Sacred to both Muslims and Jews, Jerusalem is home to the Al-Aqsa Mosque, which for Muslims represents the world's third holiest site. Jews refer to the area as the "Temple Mount," claiming it was the site of two prominent Jewish temples in ancient times.
Last Update: Aug 03, 2015 4:35 pm
RELATED TOPICS