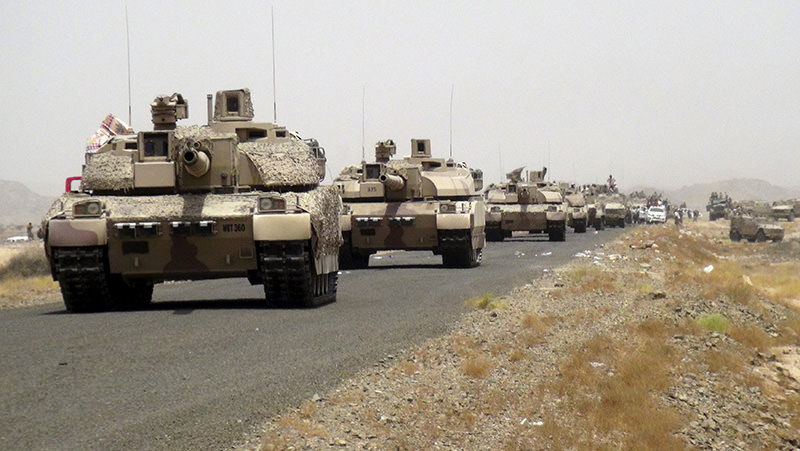 Tanks of fighters loyal to Yemen's President Abd-Rabbu Mansour Hadi are seen on a road leading to the al-Anad military and air base in the country's southern province of Lahej August 3, 2015 (Reuters photo)
by Aug 04, 2015 12:00 am
Advancing loyalist forces recaptured Yemen's biggest airbase from Iran-backed rebels on Tuesday after a 24-hour assault using heavy armour supplied by a Saudi-led coalition, the defence ministry said.

A ministry statement hailed the victory and pledged that loyalist forces would press their fightback against the rebels and their allies until the authority of exiled President Abedrabbo Mansour Hadi was restored over all of Yemen.

The Al-Anad base, north of second city Aden, housed US troops overseeing a drone war against Al-Qaeda in Yemen until shortly before the Houthi rebels overran it in March.

In the morning, they combed the base to check there were no remaining pockets of resistance.

Some 70 rebels were killed and 10 captured in the fighting, pro-government sources said.

The loyalists suffered 24 dead and 23 wounded.