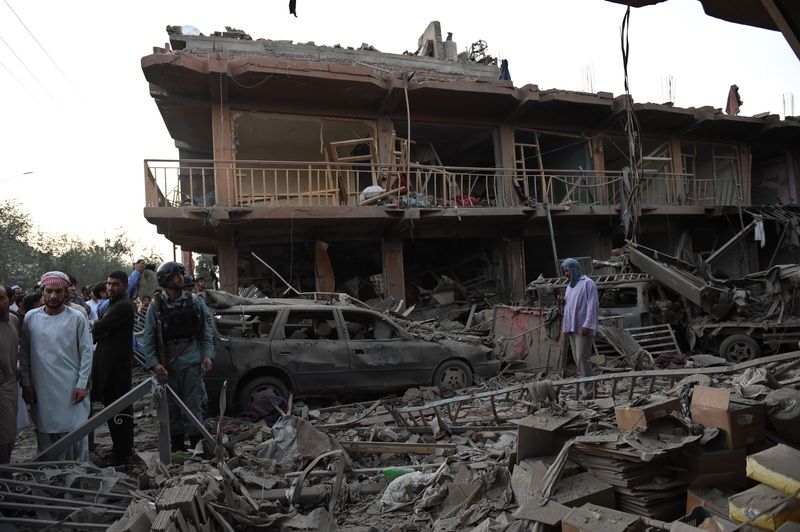 A bomb hidden in a truck exploded in the center of the Afghan capital, killing eight people and wounding another 198, police and hospital officials said Friday.

Police chief Abdul Rahman Rahimi said the pre-dawn blast was near a Defense Ministry compound, but that all of the victims were civilians, including women and children.

Rahimi said the target of the blast, which blew out windows in nearby homes, was not known.

Police do not allow trucks to enter in Kabul during the daytime, but they can enter from 9 p.m. until 5 a.m.

The blast comes after the United Nations said Wednesday that a growing number of women and children are getting hurt or killed in Afghanistan's war against the Taliban and other insurgents.

The total number of casualties in the almost 14-year conflict was up 1 percent in the first half of this year, compared to the same period last year, a new U.N. report said. However, the number of women casualties rose by 23 percent and children 13 percent.