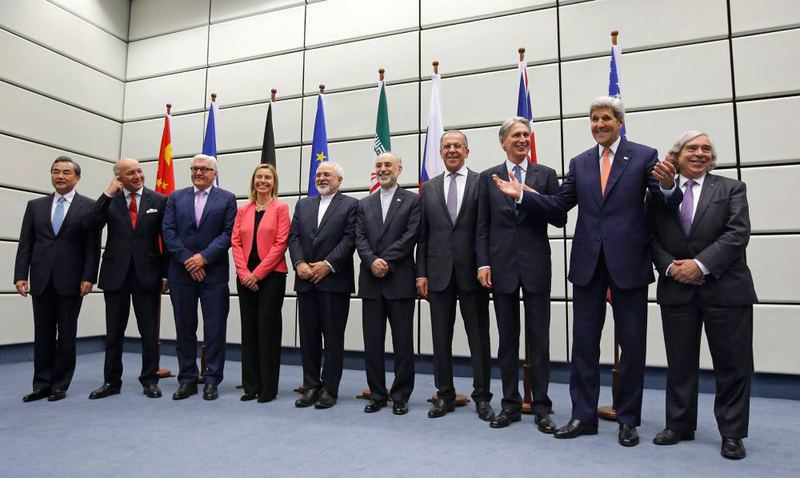 The dispute over regional policies between U.S. President Obama and Israeli Prime Minister Netanyahu has caused U.S.-Israeli relations to hit their lowest level in history due to the nuclear deal with Iran

The already strained relations between U.S. President Barack Obama and Israeli Prime Minister Benjamin Netanyahu have reached a historic low due to a disagreement over the Iran nuclear deal, as Obama said: "I recognize Prime Minister Netanyahu disagrees, disagrees strongly – I do not doubt his sincerity – but I believe he is wrong," during a speech at American University in Washington, D.C., on June 5.

Iran and a group of six world powers known as the P5+1 – China, France, Russia, the United Kingdom and the United States plus Germany – reached an agreement to lift economic sanctions against Iran in return for monitoring its nuclear program on July 14. The Obama administration pushed for a diplomatic solution to curb Iran's nuclear program. During his June 5 speech, Obama said, "It is a very good deal," whereas Netanyahu and U.S. Republicans opposed the proposed deal since they are in favor of military engagement with Iran. After the July 14 victory for the Obama administration, Netanyahu launched a campaign against the deal by attempting to mobilize the American Jewish community and also asked Republican members of Congress to vote against the deal. Obama accused Netanyahu of standing against a deal that has been supported by the international community, saying: "Every nation in the world that has commented publicly with the exception of the Israeli government has expressed support." Obama explicitly opposed Netanyahu's and the U.S. Republican's hawkish stance against Iran during his speech where he criticized the invasion of Iraq during the Bush administration. "More than a decade later, we still live with the consequences of the decision to invade Iraq. Our troops achieved every mission they were given, but thousands of lives were lost, tens of thousands wounded. That doesn't count the lives lost among Iraqis. Nearly a trillion dollars was spent," Obama said, adding: "Many of the same people who argued for the war in Iraq are now making the case against the Iran nuclear deal."

Meanwhile, while addressing Jewish Americans via webcast on Aug. 5, Netanyahu said: "I don't oppose this deal because I want war. I oppose this deal because I want to prevent war. And this deal will bring war." Urging Jewish Americans to stand against the deal, he added: "This is a time to stand up and be counted. Oppose this dangerous deal." The crisis between Netanyahu and Obama has a history behind it. Although the bitter confrontations date back to the early stages of the Obama-Netanyahu relationship, U.S. Secretary of State John Kerry's visit to the region in an attempt to reach a cease-fire between Israel and Hamas pointed to Israel's unwillingness to cooperate with the Obama administration in foreign policy, particularly with regard to the Middle East. On the other hand, the U.S. attempt can also be seen as an effort to rid itself of a burden in front of the international community. In an interview with CNN on Feb. 1, Republican Senator John McCain from Arizona criticized Obama for exacerbating relations with Israel, saying: "Relations with Israel have not always been excellent, but I think any observer would argue they've never been worse." The harsh criticism by McCain came after the White house announced that neither Obama nor Kerry would meet Netanyahu during his visit in March. Netanyahu accepted an invitation by U.S. House Speaker John Boehner to address a joint meeting of the House and Senate with a speech on March 3, two weeks before the Israeli elections on March 17. However, neither Boehner nor Netanyahu consulted the White House about Boehner's invitation to Netanyahu in which the possibility of new sanctions on Iran was to be discussed. This move was translated as a breach of traditional diplomatic protocol by the Obama administration.

Obama's re-election as president was perceived as an opportunity to reset relations, as he attempted to normalize relations by describing criticism of their relations and disagreement on the Iran issue as "speculation" during his visit to Israel in March 2013. Moreover, Israel's attack on Hezbollah in Lebanon in early 2015 was another moment in which Netanyahu's disagreement with Obama in his approach to Iran's nuclear program resurfaced. Obama's willingness to reach an agreement with Iran via diplomatic talks contrasts with Netanyahu's attempt to start an armed conflict against a country that Israel sees as its biggest rival in the Middle East. Now that the Iran deal has been reached, Israel's hawkish stance will further isolate the Netanyahu government among his allies, and more specifically, in the region.

The upcoming presidential elections in the United States will also be the setting for a battle between Obama's Democrats and Netanyahu's Republicans in formulating U.S. foreign policy in the Middle East, particularly over relations with Iran. The possibility of a further crisis between the U.S. and Israel, if there is any room left to deteriorate, will also elevate the U.S. position vis-a-vis Israel, as the international community continues to show support for the Iran deal.
RELATED TOPICS