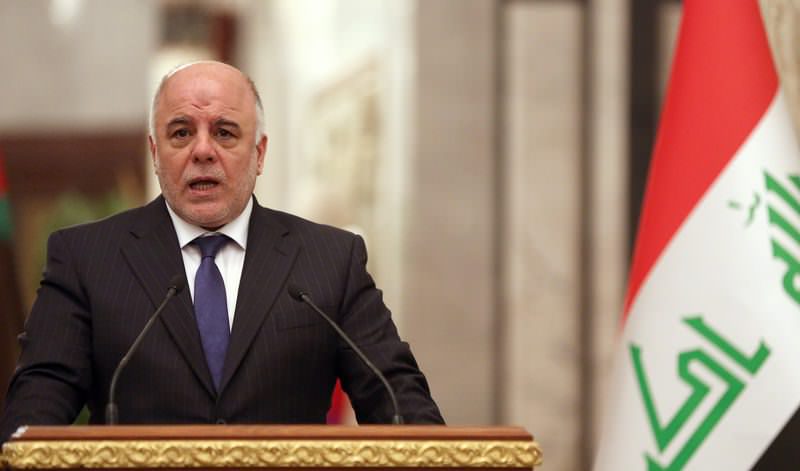 | AP Photo
by Aug 09, 2015 12:00 am
Iraqi Prime Minister Haider al-Abadi called Sunday for sweeping reforms, including abolishing the post of his rival Nuri al-Maliki, in response to weeks of demonstrations against corruption and poor services.

The proposed reforms, at least some of which require the approval of the cabinet and parliament, followed a call for tough measures by Iraq's top Shiite cleric, Grand Ayatollah Ali al-Sistani.

One of the most drastic points of the proposal outlined in an online statement was the call for elimination of the posts of vice president and deputy prime minister "immediately."

Maliki, who preceded Abadi as premier, is currently one of the vice presidents.

Abolishing the post would be a blow to Maliki but would also set the prime minister on a collision course with his rival, who is from the same Dawa party and still wields significant influence.

But the change would apparently require the constitution to be amended, meaning that rapid action is unlikely.

Abadi also called for a major overhaul of the way officials, including ministers, are selected, saying that all "party and sectarian quotas" should be abolished, and the candidates chosen by a committee appointed by the premier.

He also called for a "comprehensive and immediate reduction" in the number of guards for all officials.

This has long been a problem, with some officials having massive personal protection units, and others hiring less than the allotted number and pocketing the remainder of the allowance.

Baghdad and other cities have seen weeks of protests against the poor quality of services, especially power outages that leave Iraqis with only a few hours of government-supplied electricity per day as temperatures top 50 degrees Celsius (120 degrees Fahrenheit).

The demonstrators have blamed the services crisis on corruption and incompetence across the political class.

Sistani, who is revered by millions of Iraqis, called Friday for Abadi to take "drastic measures" against corruption, saying that the "minor steps" he had announced were not enough.
Last Update: Aug 09, 2015 10:33 am
RELATED TOPICS