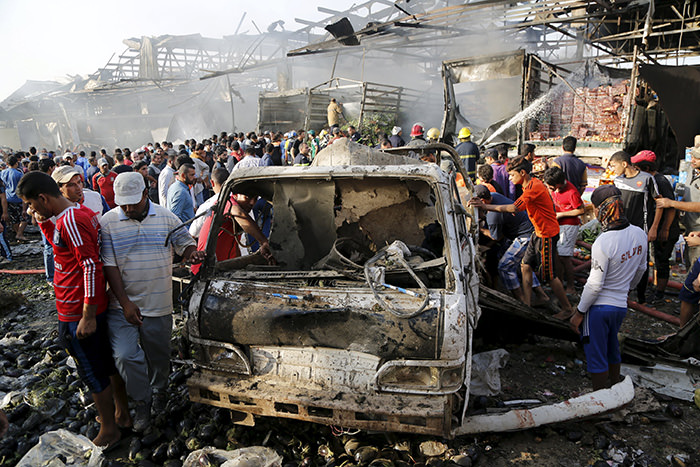 
A massive truck bomb ripped through a market in a Shiite-majority area of north Baghdad on Thursday, killing at least 60 people, security and medical officials said.

The truck was detonated in Jamila market in the densely populated neighbourhood of Sadr City, Al Sumaria television reported.

Some of the wounded were listed in critical condition, the broadcaster said, and the toll is likely to rise.

The terrorists organization ISIS has claimed of responsibility for the blast.
Last Update: Aug 13, 2015 11:20 am
RELATED TOPICS