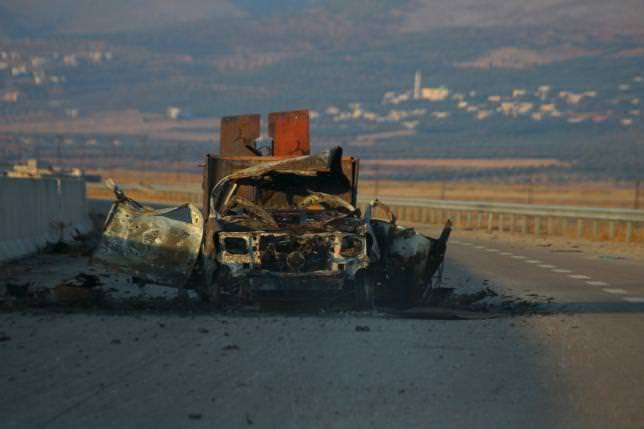 by Daily Sabah with Wires Aug 14, 2015 12:00 am
Assad regime's warplanes have killed 11 people in strikes against hospitals in rebel-held Idlib province in the past week, the international charity Medecins Sans Frontieres said on Friday.

"These attacks ... indicate an increasing pattern of healthcare structures and civilians being affected as a result of the ongoing war," MSF said in a statement.

Three hospital workers were among the dead, and 31 others were wounded in the strikes, which took place between Aug. 7 and 10.

MSF's head of mission for Syria, Sylvain Groulx, said hospitals in Idlib city, capital of the province, had suffered bombardments since it fell to a coalition of militants in March.

But he said the use of targeted air strikes was a worrying new development.

"When they're using missiles that are shot from airplanes, it's a little bit different than these barrel bombs that just fall out of the sky," Groulx said by telephone.

"It's completely contrary to international law," he added

He said all sides fighting in the more than 4-year-old civil war, which has killed a quarter of a million people, were responsible for attacks on healthcare facilities, but the majority had been carried out by Assad regime forces.
Last Update: Aug 14, 2015 11:59 pm
RELATED TOPICS