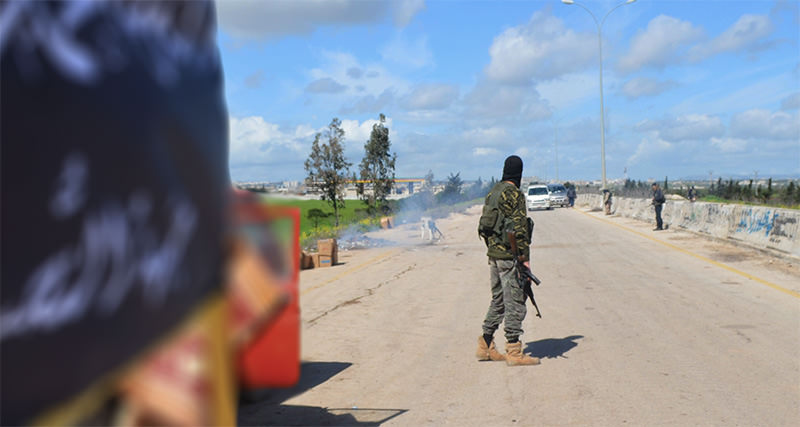 Members of al-Qaida's Nusra Front man a checkpoint in Idlib (March 2015) (Reuters Photo)
by Aug 16, 2015 12:00 am
Al-Qaeda's Syrian affiliate Al-Nusra Front has freed several members of a US-trained rebel force that it kidnapped two weeks ago, the Western-backed unit said in a statement.

In a statement circulating on social media, Division 30 said seven of its members had been freed by Al-Nusra after being captured in late July.

"Seven Division 30 fighters who were being held by the brothers in Al-Nusra Front have been freed," the statement stamped by the unit said.

"We welcome this noble initiative and urge the brothers of Al-Nusra and hope that they will release in the coming hours the group's commander and other fighters," the statement continued.

It did not specify where the releases took place. All the kidnaps occurred in northern Syria.

Division 30 is among the units receiving training as part of a US-led programme operating from Turkey that is intended to create a force to fight ISIS.

But after the first 54 members of the force entered Syria in July, 13 were kidnapped by Al-Nusra, including a commander, and at least three more were killed in clashes with the group.

Al-Nusra accused the captured fighters of serving US interests and claimed responsibility for the kidnap in a video purporting to show some of the detained forces.