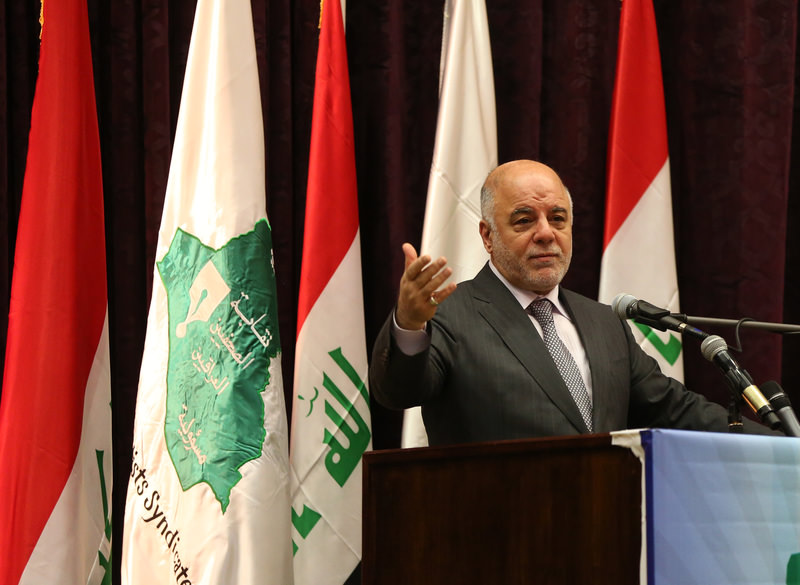 by Aug 16, 2015 12:00 am
Iraqi Prime Minister Haider al-Abadi dismissed 11 cabinet officials as part of a reform package aiming to reduce corruption, stated his office on Sunday.

And he merged the science and technology ministry with higher education, environment with health, municipalities with reconstruction and housing, and tourism and antiquities with culture.

Abadi rolled out a reform plan on August 9 aimed at curbing corruption, streamlining the government and improving services in response to weeks of protests and a call from the country's top Shiite cleric Grand Ayatollah Ali al-Sistani.

One of the most drastic proposals was the elimination of the vice president and deputy premier posts.

Amid a major heatwave that has seen temperatures top 50 degrees Celsius (120 degrees Fahrenheit), protesters have railed against the poor quality of services, especially power outages that leave just a few hours of government-supplied electricity per day.

But even with popular pressure and Sistani's backing, the entrenched nature of corruption in Iraq and the fact that parties across the political spectrum benefit from it will make any efforts to change the system extremely difficult.