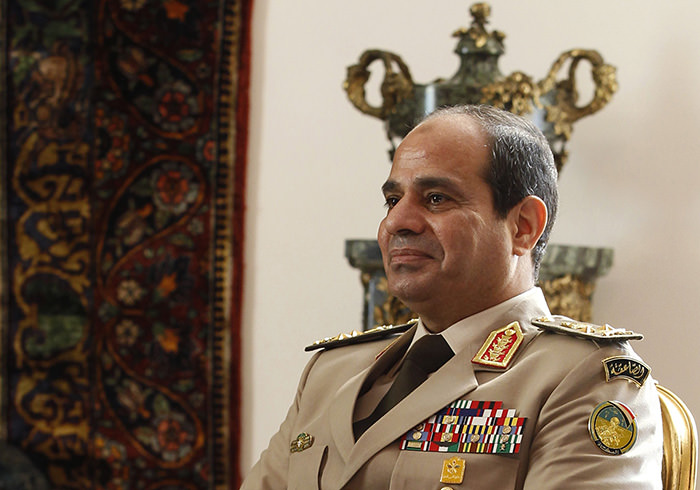 by Daily Sabah with AP Aug 17, 2015 12:00 am
Egypt's President Abdel-Fattah el-Sissi has signed on Monday the controversial anti-terrorism bill which has prompted criticism from some politicians and rights groups for its harsh articles against journalists.

The 54-article law, published on state news agency MENA Monday, defines terrorism broadly, describing it in one clause as any act that disturbs public order with force.

It also prescribes stiff jail sentences for a range of crimes, including promoting or encouraging any "terrorist offense," as well as damaging state institutions or infrastructure.

The New York-based Committee to Protect Journalists condemned the provision in the draft law, saying it "defies any standard of freedom of the press and violates Egypt's own constitution."

The law gives the president the power to order the evacuation of areas for up to six months and to declare curfews in specified areas for the same period.

Egypt has not had a parliament for over two years, and legislative authority rests with el-Sissi. Any debate is largely through compliant media or behind closed doors.

Since the coup, thousands of other Egyptians have been put in prison for supporting former President Morsi. Many journalists, academics and supporters of democracy have been detained and held in military facilities. Many of those who were jailed have died in custody as a result of mistreatment.
Last Update: Aug 17, 2015 4:52 pm
RELATED TOPICS