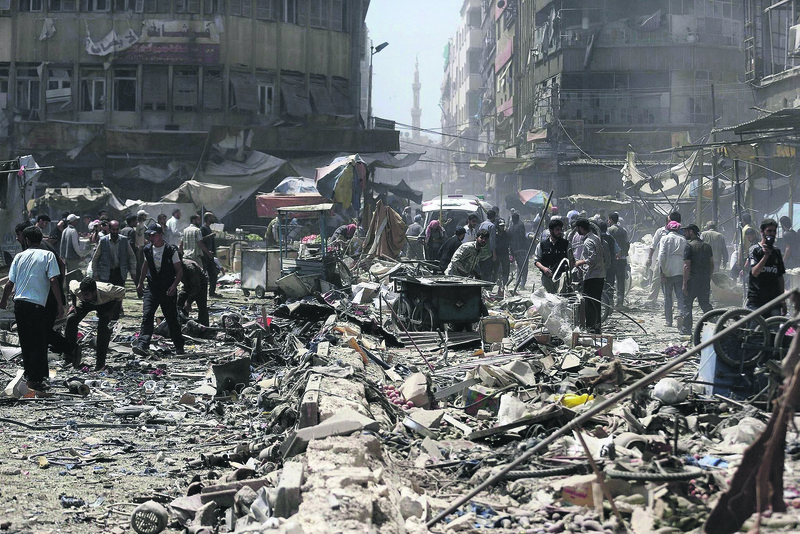 The Syrian regime killed more than 100 civilians in an attack on a busy market place. The U.N. official who was holding talks with the regime to find a solution said he was horrified and appalled by the massacre

A Syrian government airstrike northeast of Damascus has killed more than 100 people, most of whom were civilians and rescue workers in the rebel-held area the Syrian Observatory for Human Rights said. At least 200 more people were wounded in the attack on Douma, which lies about 15 kilometers northeast of Damascus, according to the British-based Observatory and the local arm of the Syrian Civil Defense, a rescue service operating in rebel areas. The Observatory said at least 10 rockets were fired during the airstrike and accused the warplanes of bombing again after rescue workers had arrived at the scene. "This is a documented massacre," said Rami Abdulrahman, who runs the Observatory. The U.N. humanitarian chief, Stephen O'Brien, who was conducting talks with the regime to find a solution for ending the war, said he was "horrified" and "appalled" by the attacks. The U.N. has been heavily criticized by Turkey and many rights groups for being ineffective in stopping the massacres and ending the war. The U.N. officials have so far met with several Syrian officials but none of them has reached a concrete result.

A video released by the Islam Army showed its leader Zahran Alloush taking part in the attack. The group is one of the most powerful insurgent factions operating near Damascus, the seat of President Bashar Assad's power more than four years into the civil war that has killed a quarter of a million people. Another video bearing the symbol of the Syrian Civil Defense rescue service appeared to show dozens of bodies lined up on the ground. A photo showed civil defense workers wrapping bodies in white shrouds. Another video showed rescuers carrying bodies in a street strewn with vegetables and debris. The Syrian Civil Defense published the names of 60 people so far identified as killed in the attack. "There are dozens waiting to be identified," it said on its Facebook page. The Turkey-based Syrian political opposition group, the National Coalition for Syrian Revolutionary and Opposition Forces, said the attack aimed to inflict as many civilian casualties as possible. Firas Abdullah, a local photographer in Douma was quoted by Al-Jazeera as saying that the market was the main one in the town. "The market has always been crowded with people buying and selling to make a living," he said. 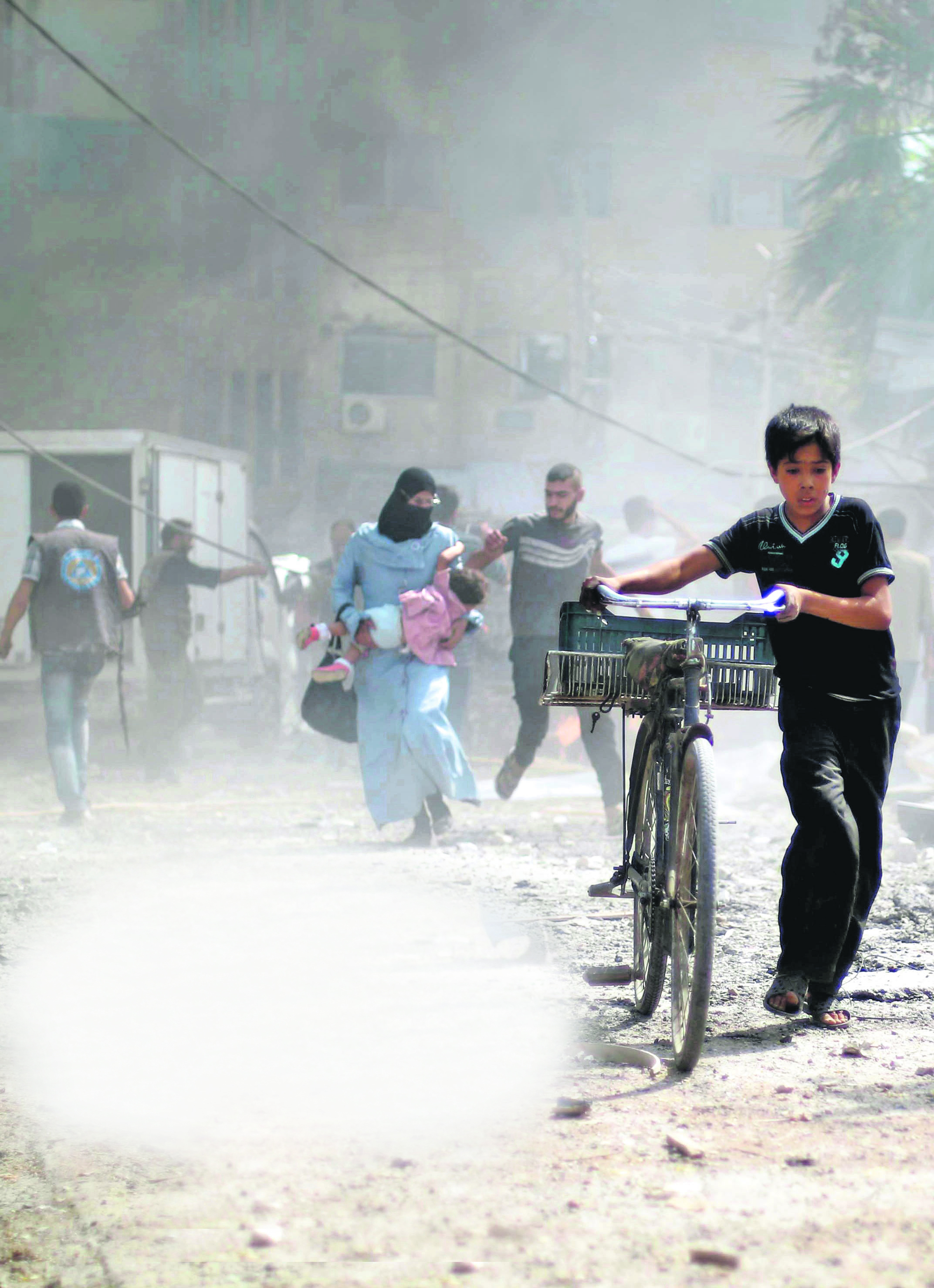 It was the second deliberate attack on a market place. Last week, Assad regime planes struck a market in the northeastern Syrian town of Idlib. The strike is presumed to have killed dozens.

The U.N. humanitarian chief said Monday he was "horrified" by the attacks on civilians that are taking place in Syria, warning that the protracted conflict not only "severely affects" the lives of millions of people in the country but also threatens the stability of the entire region. O'Brien told reporters that "attacks on civilians are unlawful, unacceptable and must stop." O'Brien spoke in Damascus on Monday at the end of a three-day visit to Syria, during which he met senior officials and visited the central province of Homs. "I am particularly appalled by reports of airstrikes yesterday, causing scores of civilian deaths and hundreds injured, right in the center of Douma," O'Brien said. "I am horrified by the total disrespect for civilian life in this conflict. I appeal to each and every party in this protracted conflict to protect civilians and respect international humanitarian law," he said. He noted that the U.N. and other partners are providing assistance to millions of Syrians in need, including crossing conflict lines and international borders. However, O'Brien said, "I remain extremely concerned for the welfare of the 4.6 million people stuck in hard-to-reach and besieged areas."
RELATED TOPICS