Amnesty: All sides in Yemen may be guilty of war crimes 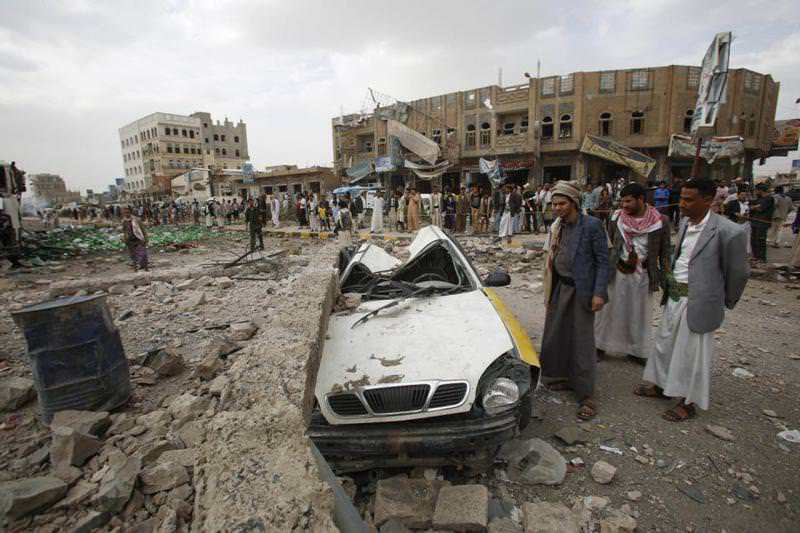 by Associated Press Aug 19, 2015 12:00 am
A leading international rights group said Tuesday that all sides fighting in Yemen have left a "trail of civilian death and destruction" in the conflict, killing scores of innocent people in what could amount to war crimes. In its latest report on the fighting, Amnesty International accused both the Saudi-led coalition carrying out airstrikes in Yemen and the forces on the ground, supporting or opposing the Shiite rebels known as Houthis. The London-based rights group said the violence has been particularly deadly in the southern cities of Taiz and Aden, with dozens of children among those killed.

Yemen's conflict pits the Houthis and troops loyal to former President Ali Abdullah Saleh against southern separatists, local and tribal militias, Sunni Islamic militants and troops loyal to President Abed Rabbo Mansour Hadi, who is in exile in Saudi Arabia. The Saudis are leading a U.S.-backed Arab coalition that is carrying out airstrikes against Houthi forces.

"Civilians in southern Yemen have found themselves trapped in a deadly crossfire between Houthi loyalists and anti-Houthi groups on the ground, while facing the persistent threat of coalition airstrikes from the sky. All the parties to this conflict have displayed a ruthless and wanton disregard for the safety of civilians," said Donatella Rovera, Amnesty's senior crisis response adviser. "The report depicts in harrowing detail the gruesome and bloody trail of death and destruction in Taiz and Aden from unlawful attacks, which may amount to war crimes, by all parties," Amnesty said.

Amnesty, Human Rights Watch and other rights groups have repeatedly expressed concern that both the Saudi-led coalition and Houthi-allied forces were violating the laws of war and not doing enough to prevent or minimize civilian casualties. Amnesty has previously said that evidence suggested the Houthis carried out indiscriminate mortar attacks on civilians and repeatedly targeted medical workers and facilities in Aden. In Tuesday's report, Amnesty catalogued a series of incidents involving both air and ground operations. During its June-July research mission to Yemen, Amnesty investigated eight airstrikes by the Saudi-led coalition, which hit heavily populated areas mostly with no nearby military targets, killing at least 141 civilians and wounding 101 others, mostly women and children. The group said it also investigated dozens of incidents of ground combat, where both sides routinely used weapons such as Grad-type rockets, mortars and artillery shells in densely populated residential areas. In Aden and Taiz, it said at least 68 civilians were killed and 99 wounded in such attacks. One of the deadliest attacks was on July 19, when the Houthis and their allies shelled the Dar Saad neighborhood of Aden, killing 45 people, mostly civilians, Amnesty said. Earlier this month, the U.N. Office of the High Commissioner for Human Rights said that at least 1,916 civilians have died in the Yemen conflict since it escalated on March 26.
RELATED TOPICS