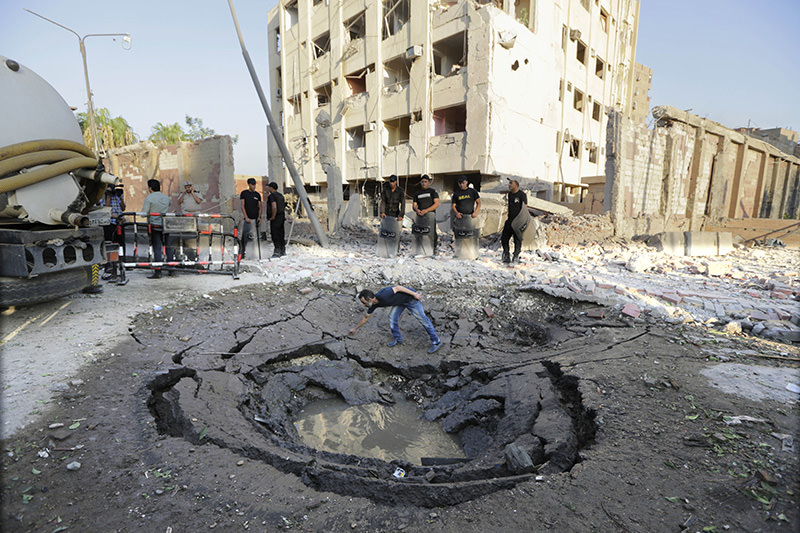 An Egyptian worker checks a hole believed to be caused by the bombing in the street outside the national security building early Thursday, Aug. 20, 2015, in the Shubra el-Kheima neighborhood of Cairo (AP photo)
by Anadolu Agency Aug 20, 2015 12:00 am
At least 29 people were injured early Thursday in a bomb blast near a state security building in Egypt's capital Cairo.

A car-bomb went off outside a national security building in the northern Cairo suburb of Shubra al-Kheima, the interior ministry said in a statement.

The ministry said a man stopped the vehicle in front of the building, jumped out of it and fled on a motorbike.

According to the health ministry, at least 29 people were injured in the bombing. Eyewitnesses said a number of nearby buildings were also damaged.

Province of Sinai, an affiliate of ISIS, has claimed responsibility for the attack. The group said in a statement circulated on Twitter that the attack was in reprisal for the execution of six of its members convicted of carrying out another attack in Cairo last year.

Egypt has been roiled by violence and turmoil since the military unseated democratically-elected President Mohamed Morsi in a 2013 coup.