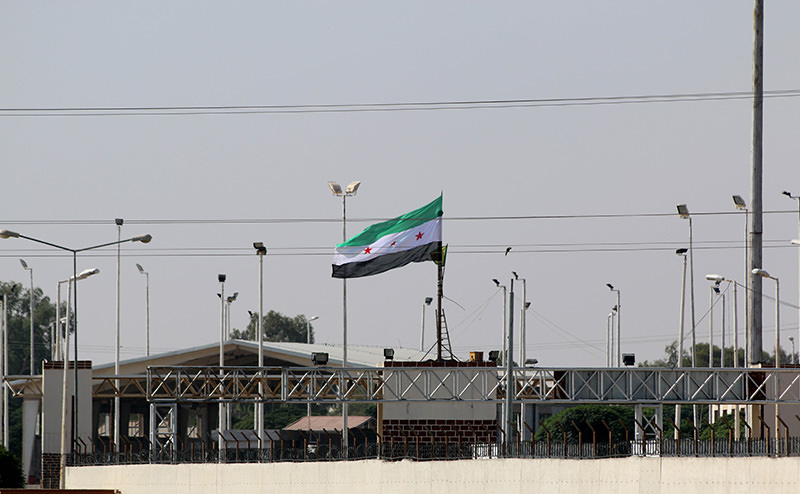 |AA Photo
by Daily Sabah Aug 21, 2015 12:00 am
The Free Syrian Army (FSA) has gained control of the Syrian border town Tal Abyad, after reaching an agreement with the PYD, the Syrian wing of the PKK terrorist organization, which had been holding the area after ISIS was pushed back.

After an armed conflict with the Syrian army, Tal Abyad was taken from the Assad regime by the Free Syrian Army in 2012. After, ISIS took control of the town in 2014. With coordinated attacks by the PYD and the FSA on Tal Abyad, which started last June, thousands of Syrians were displaced and relocated to Turkey due to the ongoing clashes.
Last Update: Aug 21, 2015 4:04 pm
RELATED TOPICS