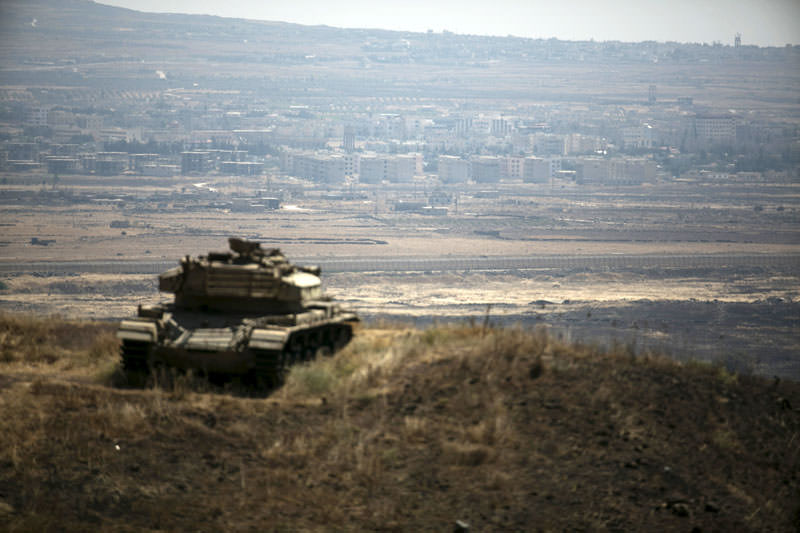 by Compiled from Wire Services Aug 21, 2015 12:00 am
Israel's air force carried out a drone strike in southern Syria on Friday, killing five civilians, while a soldier was killed and seven wounded in an air raid overnight, Syrian state TV reported.

The drone targeted a "civilian car" in the village of Kom, killing five, the report said, adding that the strike was close to a busy market.

Syria's state news agency, SANA, reported that rockets from an Israeli army helicopter hit the Syrian transportation directorate and governorate building and some military positions in the Quneitra province.

Following the rocket attack on Israel, it is stated by the verified Twitter account of Official Israel Defense Forces that "the [Israeli] army sees Syria as responsible for the fire, and it will pay the price for it".

According to IDF sources, the air force and artillery struck "five or six times" in the Syrian Golan Heights, hitting Damascus's military facilities in the area. Two of the rockets allegedly struck open areas in Golan Heights and two others landed in Upper Galilee, far from the border with Syria. In addition to the Golan airstrikes by the Israeli military, unconfirmed reports emerged that the IDF also targeted the Syrian 137th Regiment near Damascus.

While Israel's Haaretz's newspaper reported that two rockets landed in northern Galilee, and two in the occupied Golan Heights and reported no damage or injuries, the official Syrian news agency SANA reported early Friday that one person was killed in the strike and seven others were wounded.

Since Syria's uprising began in 2011, the border area between the two countries has seen occasional violence.