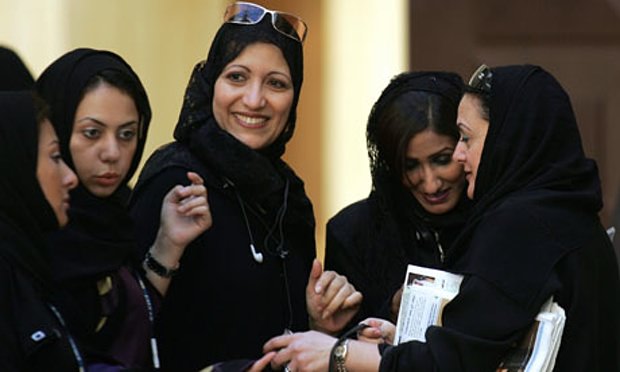 | AP Photo
by Daily Sabah Aug 23, 2015 12:00 am
A historical first was witnessed in Saudi Arabia on Saturday, as women were granted the right to vote and stand for election in the December municipal elections.

Local media stated that about 70 women are expected to run as candidates and 80 women have registered as campaign managers.

These rights mark a first in Saudi history since late Saudi King Abdullah bin Abdulaziz al-Saud's order in 2011 granting women the opportunity to participate in politics. King Abdullah had also appointed women to the country's 150-member Consultative Council and issued a royal decree mandating that 20% of the advisory body be female. He had also allowed female athletes to compete at the 2012 London Olympics for the first time.

The country, still ruled by monarchy, does not afford women many freedoms. Saudi women are still not allowed to drive. Nor can they go anywhere without a chaperone, let alone try on clothes when shopping. The U.N. has warned the country many times on much-need reforms in the country, especially on the matter of women's rights