ISIS seizes 5 villages, including 2 near Turkish border, from other Syrian opposition groups 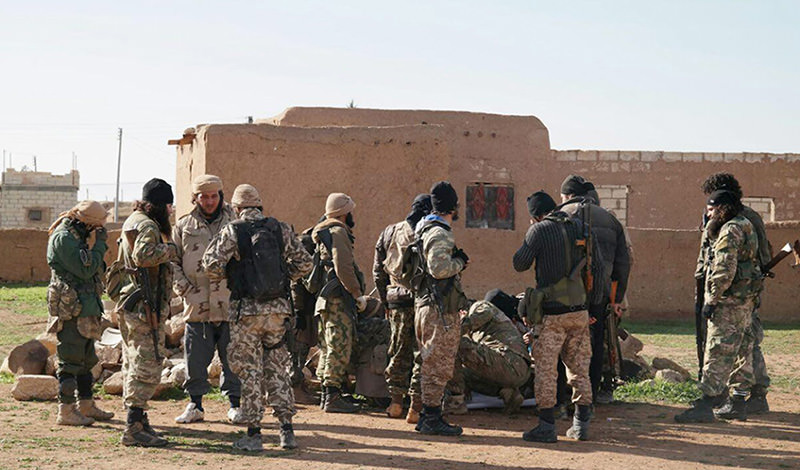 In this image posted on a militant social media account by the al-Baraka division of the ISIS group on Tuesday, Feb. 24, 2015, militants take a break during fighting in Tal Tamr, Hassakeh province, Syria. (AP photo)
by Aug 27, 2015 12:00 am
ISIS has seized new territory from Syrian opposition groups in northern Syria, advancing in an area where Turkey and the United States are planning to open a new front against the group.

The Syrian Observatory for Human Rights, a UK-based group tracking the war, said it had seized five villages including two near the Turkish border from other Syrian opposition groups.

ISIS announced it captured three villages in the area and said its fighters had nearly encircled the rebel-held town of Marea, some 20 km (12 miles), south of the Turkish border.

The villages captured by ISIS include two that the al Qaeda-linked Nusra Front recently handed over to another Syrian rebel group.

ISIS has escalated attacks against Syrian rebels in the northern Aleppo countryside since Turkey announced plans to drive the group from the area.

The Nusra Front, which is hostile to ISIS, announced earlier this month that it would withdraw from the area where Turkey plans to establish a buffer zone.