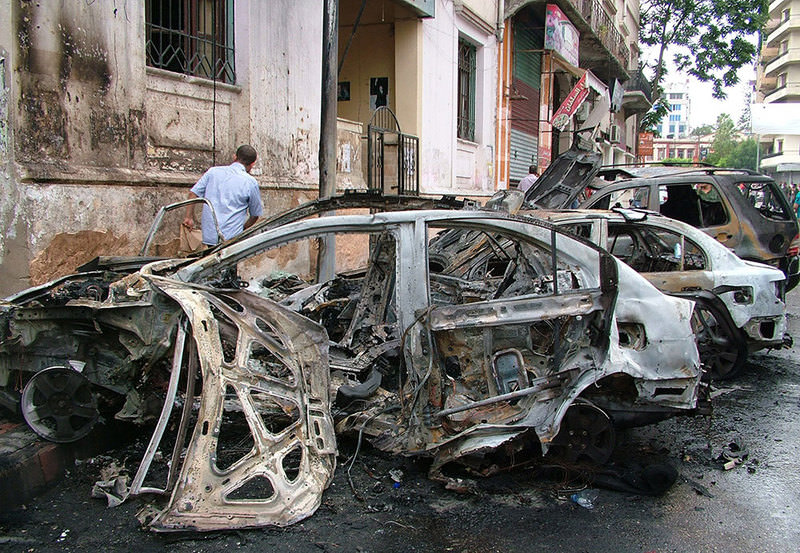 by Sep 02, 2015 12:00 am
Seven people were killed and 40 wounded on Wednesday in a rare car bombing in the Syrian city of Latakia, the coastal bastion of President Bashar al-Assad, state television said.

In a breaking news alert, the channel said "seven people died and more than 40 were wounded when a terrorist car bomb detonated in Hamam square in Latakia."

Latakia, the heartland of the minority Alawite sect to which the Assad clan belongs, has been largely spared the violence that has wracked Syria since an uprising against its rule erupted in March 2011.

The Syrian Observatory for Human Rights confirmed the death toll and said it was "the biggest car bomb attack in Latakia since the war began."

"This is rare for Latakia city, which is usually hit by rockets," Observatory head Rami Abdel Rahman told AFP.

Rebels entrenched in the hilly terrain around Latakia regularly fire rockets and other missiles into the city.

Abdel Rahman said the car bomb detonated on the northern edges of the city and "wounded dozens, including four or five in critical condition."

Many Syrians displaced by violence in neighboring regions have taken refuge in Latakia province and some businesses have moved to the relative safety of the area.

More than 240,000 people have been killed in the conflict, which has spiraled from an anti-government movement to a multi-front civil war.