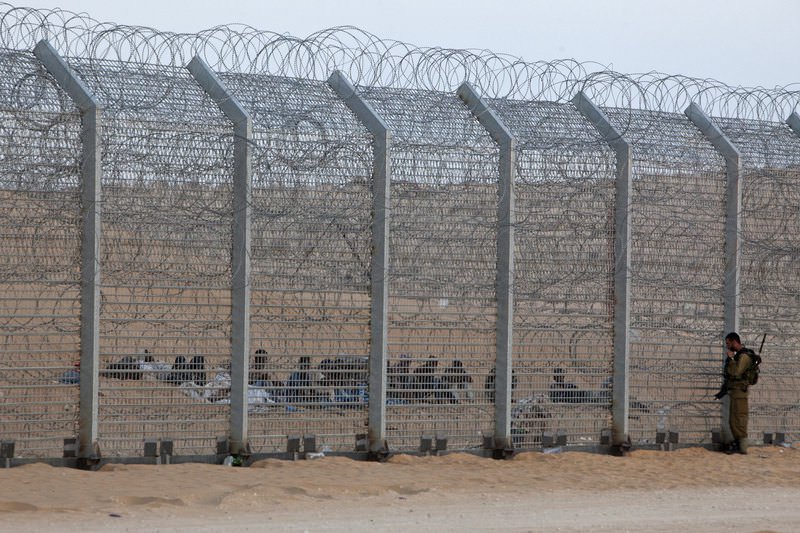 An Israeli soldier stands near the border fence between Israel and Egypt as African migrants sit on the other side near the Israeli village of Be'er Milcha, in this September 6, 2012 file photo. (REUTERS Photo)
by Associated Press Sep 06, 2015 12:00 am
Israel has begun building a fence along part of the country's eastern border with Jordan as Syrian civil war refugees and other migrants flee their countries.

Israeli Prime Minister Benjamin Netanyahu said Sunday: "We see today what happens when countries lose control of their borders." He seemed to be referring to the massive influx of refugees from the war-torn Middle East and African migrants heading to Europe.

Netanyahu earlier bemoaned the "human tragedy" of Syria's civil war and said Israel has aided its victims. However, he said Israel is too small to take them.

Israel already built fences along its border with Egypt to stop African migrants and in the Golan Heights bordering Syria.