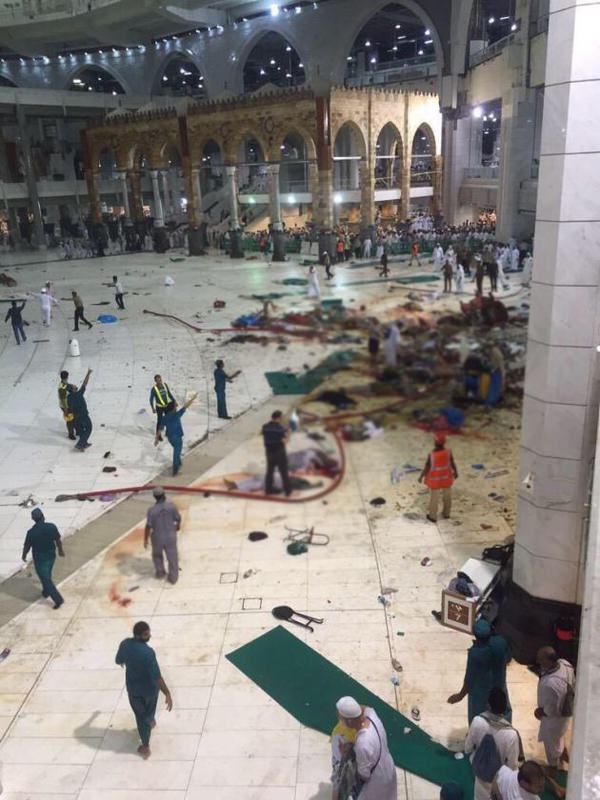 Saudi King Salman bin Abdulaziz on Tuesday ordered that the families of those killed-or who had been permanently injured-in Friday's Makkkah crane accident be paid 1 million Saudi riyals (roughly $267,000) in compensation.

Meanwhile, according to a royal decree issued by the king, 500,000 riyals (roughly $133,500) will be paid out to those who suffered less serious injuries.

Saudi officials initially attributed the accident to "strong winds", which, they said, had caused the crane to fall inside the mosque, which is currently undergoing extensive expansion works.

However, on Tuesday, Saudi Arabia's official press agency SPA reported that board members of the Bin Laden Group-a prominent Saudi development firm involved in the expansion works-had been barred from leaving the country.

A massive construction crane had crashed into Mecca's Grand Mosque, Ka'aba in stormy weather on Friday, killing at least 107 people and injuring 238, days before the annual hajj pilgrimage. Two Turkish pilgrims were later reported dead by the Turkish Foreign Ministry.

Initially a sandstorm hit Mecca,quickly followed by heavy rainfall. Later, lightning reportedly struck a crane in the mataf, circumambulation area around the Holy Ka'aba which resulted in a bloody crash.

The civil defence agency said on Twitter that emergency teams were sent to the scene after a "crane fell at the Grand Mosque," one of Islam's most revered sites. 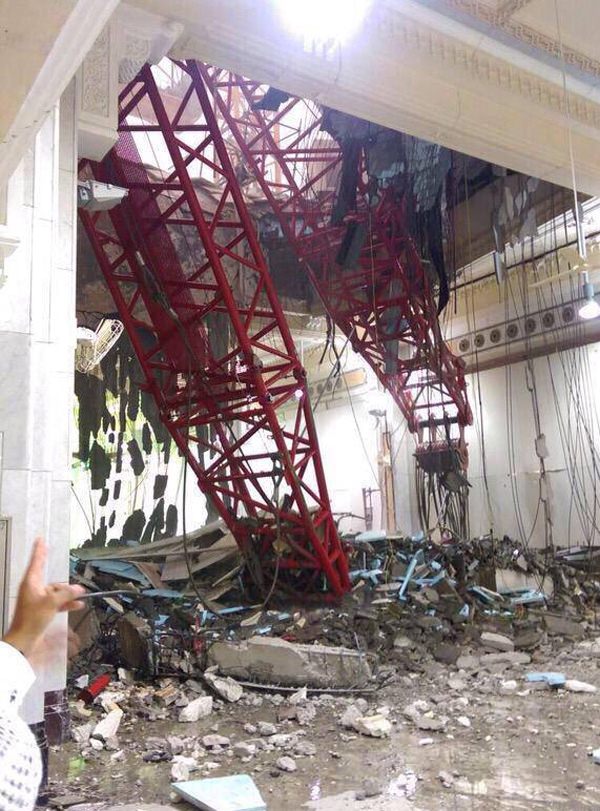 Ahmed bin Mohammad al-Mansoori, spokesman for the two holy mosques, was quoted by the official Saudi Press Agency as saying part of a crane collapsed at 5:10 pm (1410 GMT) "as a result of strong winds and heavy rains."

Abdel Aziz Naqoor, who said he works at the mosque, told AFP he saw the crane fall after being hit by the storm.

"If it weren't for Al-Tawaf bridge the injuries and deaths would have been worse," he said, referring to a covered walkway that surrounds the holy Kaaba and broke the crane's fall.

The Kaa'ba is a massive cube-shaped structure at the centre of the mosque towards which Muslims worldwide pray and which has a major role in the hajj.

Pictures of the incident on Twitter showed bloodied bodies strewn across a courtyard where the top part of the crane, which appeared to have bent or snapped, had crashed into the building which is several storeys high.

A video on YouTube showed people screaming and rushing around right after a massive crash was heard and as fog engulfed the city.

The incident occurred as hundreds of thousands of Muslims from all over the world gather for the annual hajj pilgrimage expected to begin on September 21.

The Grand Mosque is usually at its most crowded on Fridays, the Muslim weekly day of prayer.

Many faithful would have been gathered there ahead of evening maghrib prayers, which occurred about an hour after the tragedy.

The governor of Mecca region, Prince Khaled al-Faisal, has ordered an investigation into the incident and was heading to the mosque, the official @makkahregion page on Twitter said.

Irfan al-Alawi, co-founder of the Mecca-based Islamic Heritage Research Foundation, compared the carnage to that caused by a bomb.

He suggested authorities were negligent by having a series of cranes overlooking the mosque.

Alawi is an outspoken critic of redevelopment at the holy sites, which he says is wiping away tangible links to the Prophet Mohammed.

Online activists created a hashtag on Twitter urging Mecca residents to donate blood at hospitals in the area.

No details were immediately available on the nationalities of the victims.

Iran's official IRNA news agency, quoting the head of the Hajj Organisation, said 15 Iranian pilgrims were among those injured.

Most of them were treated as outpatients, Saeid Ohadi said.

A massive project is underway to expand the area of the mosque by 400,000 square metres (4.3 million square feet), allowing it to accommodate up to 2.2 million people at once.

Though marred in the past by deadly incidents including floods, stampedes and fires, the hajj has become nearly incident-free in recent years because of multi-billion dollar investments.

These have included transport networks and other infrastructure to facilitate movement of the crowds.

SPA said that almost 800,000 pilgrims had arrived by Friday for the hajj, which all able-bodied Muslims are expected to perform if they have the means to do so.