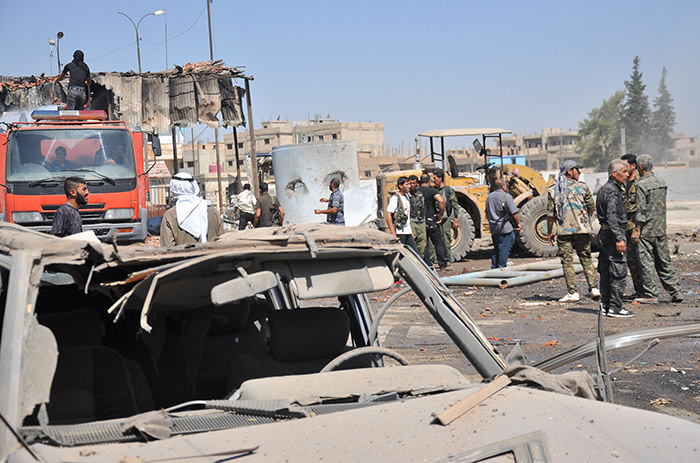 Syrians checking the site of a suicide bomb attack in Qamishli, a Kurdish-majority city in Syria's Hasakeh province, on August 19, 2015 (AFP Photo)
by Sep 14, 2015 12:00 am
Two car bombs exploded in the eastern Syrian city of Hasakeh on Monday, one killing at least 26 people, state television said, in attacks also reported by a monitoring group.

The first blast hit Khashman area in the north of the city targeting Kurdish militants there and killing six of them, the Britain-based Syrian Observatory for Human Rights said.

The second hit its center, killing at least 20 people, according to state television.

The Observatory said the second blast went off a near Syrian government forces headquarters.

It gave a lower initial toll of at least 10 people killed in both blasts, and dozens more injured.

The city was divided into zones controlled by the Syrian government and Kurdish militants until an ISIS attack in June.