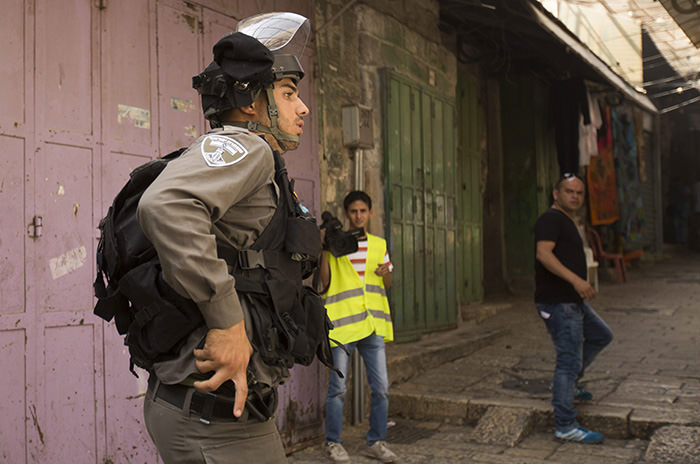 Dozens of Palestinians were injured on Sunday when Israeli soldiers forced their way into the mosque complex and using force.

Erdoğan expressed his grief over the incident during a phone conversation with his Palestinian counterpart Mahmoud Abbas on Monday, sources at the Turkish presidency said.

According to the sources, Erdoğan was also briefed about the latest tension in the region.

The Turkish president said that Turkey would highlight the issue in the international community.

On Sunday, Turkey's Ministry of Foreign Affairs, and Head of Presidency of Religious Affairs had alos issued statements condemning the attacks.

Non-Muslims are allowed to visit the compound, but Jews must not pray or display national symbols for fear of triggering tensions with Muslim worshipers.

Muslims fear Israel will seek to change rules governing the site, with far-right Jewish groups pushing for more access and even efforts by fringe organizations to erect a new temple.

Israel occupied east Jerusalem, where Al-Aqsa is located, in the Six Day War of 1967 and later annexed it in a move never recognized by the international community.
Last Update: Sep 14, 2015 2:38 pm
RELATED TOPICS