The OIC calls for solidarity and compassion, urges a UN peace-keeping operation in Syria 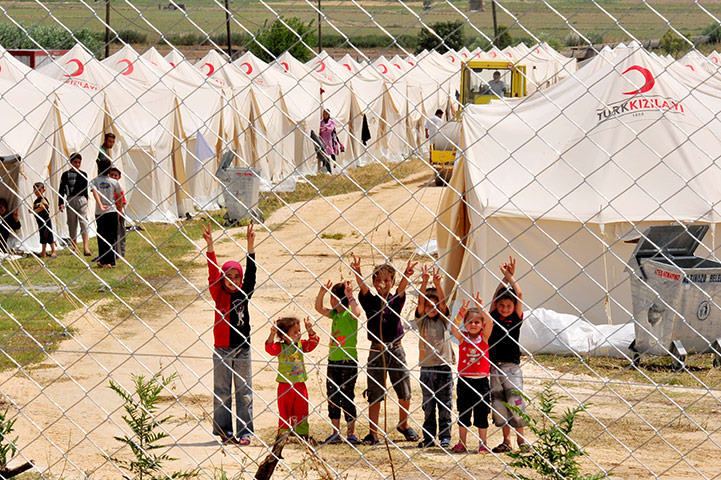 by Daily Sabah Sep 14, 2015 12:00 am
Organisation of Islamic Cooperation (OIC) nations held an emergency meeting on Sunday at the General Secretariat in Saudi Arabia's Jeddah calling for an extensive United Nations Peace operation in Syria to tackle the global refugee problem brought on by the Syrian crisis.


Calling upon the UN Security council for "a multi-dimensional UN peace-keeping operation in Syria", the Executive Committee of the OIC suggested that cooperation between member nations must be enhanced within the framework of an OIC-adopted framework.

Attended by 57 representatives of all OIC nations, the meeting adressed the "political instability and lack of security" in Syria as the 'root cause' of the ever-growing refugee crisis.

In the statement released after the meeting, countries such as Turkey, Jordan, Lebanon, Iraq, and Egypt were praised for their generosity in hosting millions of refugees regardless of capacity and resource limitations.

Highlighting the importance of Islamic compassion and solidarity, the statement called "all countries to refrain from extending military support to the Assad regime" while asking all countries to provide humanitarian aid to the displaced.

The statement emphasized that the Syrian crisis is not a regional, but a global problem and that the international community must support the countries neighbouring Syria who are pulling more than their weight in this humanitarian crisis.

Along with the violent Assad regime, the OIC also condemned terrorist groups -ISIS in particular- which have forced many people out of their homes.

The OIC Secretary General, Iyad Ameen Madani said "There is a responsibility upon the international community, not least OIC member states, to share the burden of alleviating the Syrian refugee crisis. At the moment that burden is placed disproportionately upon the neighbouring countries," in the statement referring to the EU's on-again-off-again refugee distribution plan.

Founded in 1969, the OIC is the world's second largest inter-governmental organization the members of which host over seven million Syrian refugees.
Last Update: Sep 15, 2015 12:33 am
RELATED TOPICS