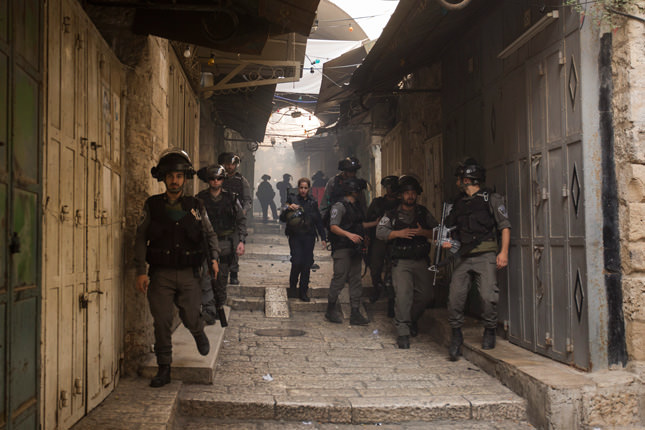 As clashes at the Al-Aqsa compound continued for the third straight day on Tuesday, the U.S. and UN both urged restraint at the historic compound.

Al-Khatib added that an elderly Palestinian man was taken to the hospital in critical situation. Israeli forces also stormed the Al-Qibali Mosque, attacked Muslim worshipers and arrested seven others. Israeli Jewish extremists had called for storming the Al-Aqsa Mosque during Rosh Hashanah, the Jewish new year.

Following the withdrawal, he added, Israeli police stationed at the gates of the compound began allowing Palestinians back into the area after taking their identification cards.

Israel seized east Jerusalem, where Al-Aqsa is located, in the Six Day War of 1967 and later annexed it in a move never recognized by the international community.
Last Update: Sep 15, 2015 11:41 am
RELATED TOPICS