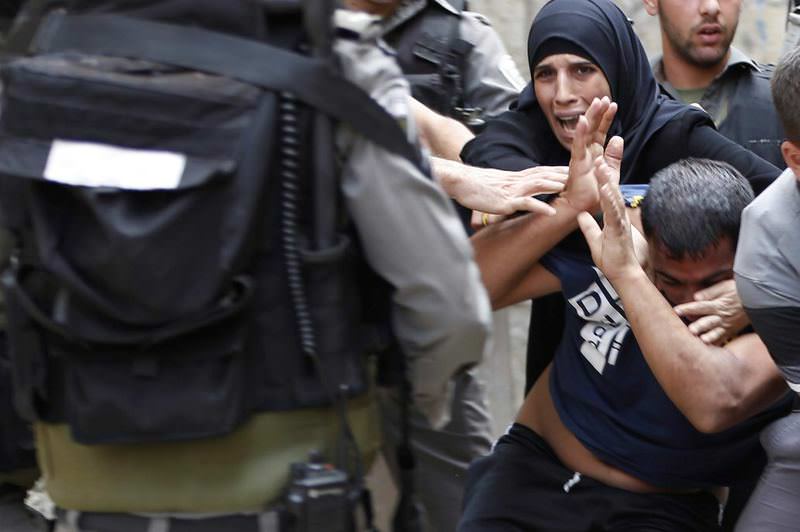 In the second day of clashes in Jerusalem, Israeli forces stormed Al-Aqsa Mosque and detained dozens of Palestinians and an Israeli driver was killed in a suspected attack. President Erdoğan condemned the attacks

Turkish President Recep Tayyip Erdogan has condemned Israeli forces for storming the Al-Aqsa Mosque compound in east Jerusalem. Erdogan expressed his grief over the incident during a phone conversation with his Palestinian counterpart Mahmoud Abbas on Monday, sources at the Turkish presidency said. According to the sources, Erdogan was also briefed about the latest tension in the region. The Turkish president said that Turkey would highlight the issue in the international community.

Israeli police say a Jewish man died from wounds sustained when rocks were thrown at his car. Spokeswoman Luba Samri said the man was injured early Monday as his vehicle was attacked while returning from a meal marking the Jewish new year. She said the identity of the attackers is unknown but are likely from a nearby Arab neighborhood. Later, police and Palestinian stone throwers clashed for a second day in a row at Jerusalem's most sensitive holy site. Samri said Palestinians threw rocks at officers who entered the area to ensure security and several were arrested. Israel's prime minister will convene an "emergency meeting" over recent Palestinian attacks, an official at his office said Monday, hours after the man died.

Peace between Israel and Palestine has been and will likely be hard to achieve and will only be made more difficult by Israel's attitude toward the situation surrounding the holy site in East Jerusalem, with clashes continuing between Israelis and Palestinians further triggering social unrest that could threaten peace in the Middle East. Since the Israeli occupation of the West Bank, East Jerusalem and the Gaza Strip in June 1967, the Jordanian government, known as the Waqf, has been running the holy site. The compound is allowed for Muslim prayer alone, however, Jewish Israeli visitors are also allowed into the site under the surveillance of Israeli police. After Israel's former Prime Minister Ariel Sharon's visit to the Temple Mount was seen as provocative and led to the second intifada in September 2000 and sparked the already tense conflict between Israel and Palestinians.

Tensions flared up between Israelis and Palestinians after Israel announced its expansion of an "illegal" settlement project that includes establishing major constructions in the area as well as a planned increase in the number of Jewish settlers in the occupied territories. The Palestinian district of East Jerusalem was captured by Israel during the 1967 Six-Day War and since then Israel has tried to expand its influence over the neighborhood by allowing Jewish settlers to reside in the disputed area. Israeli aggression does not appear only in Jerusalem but also in Gaza Strip. During the Israeli attacks more than 2,100 Palestinians died, including many civilians, according to Palestinian and U.N. officials.
RELATED TOPICS