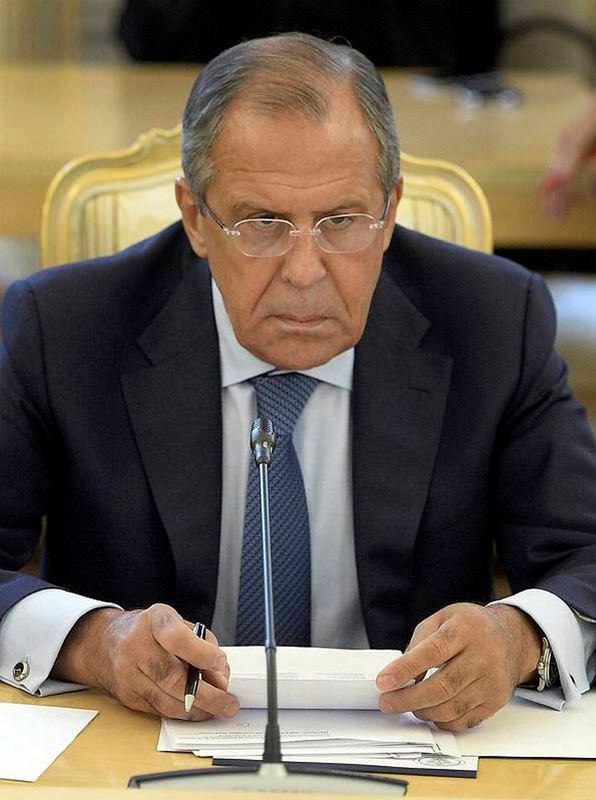 by Daily Sabah with Wires Sep 15, 2015 12:00 am
Russia will continue providing military supplies to Syria, Foreign Minister Sergei Lavrov was quoted as saying by Russian news agencies on Sunday. Russia explicitly supports the Syrian regime and, according to the opposition groups, uses the Islamic State of Iraq and al-Sham (ISIS) threat as a pretext for aiding Assad who is considered responsible for the deaths of hundreds of thousands of Syrians. Despite the calls on Russia to change its stance and help seek a solution, Moscow is not likely to change its policy and stance as the Putin administration vows to increase its military and financial support for the regime.

Moscow has come under increased international pressure in recent days over what Washington and Gulf states say is a Russian military build-up in Syria, where the Kremlin has been supporting Syria's Assad in a four-and-a-half-year war. "There were military supplies, they are ongoing and they will continue. They are inevitably accompanied by Russian specialists, who help to adjust the equipment, to train Syrian personnel how to use these weaponry," Lavrov said. Lavrov also said that Russian President Vladimir Putin, who is traveling to New York for the U.N. General Assembly meeting later this month, plans to address the assembly on the topics of Syria, the conflict in Ukraine, the state of the global economy and sanctions against Russia. "He (Putin) will touch specific aspects, such as Syria, the Ukraine crisis. All these crises arise from systemic problems regarding attempts to freeze the process of forming polycentric world," Lavrov said. Moscow says its military assistance to the Syrian army is in line with international law and that Russian servicemen, including military experts, have been present inside Syria for many years, including before the start of the war.

Meanwhile, Russia on Monday launched its largest military exercises of the year, Centre-2015, involving some 95,000 soldiers including ground troops, navy and air force units. The long-announced war games are "the most large-scale drill of 2015," the defense ministry said. Russia has recently intensified snap checks of its military might, testing its capabilities from the Arctic to the Far East as relations with the West have plunged to a post-Cold War low over the Ukraine crisis. Centre-2015 takes place at 20 sites across Russia's central military district, which reaches from the Volga River to the Ural Mountains and Siberia in the east, while also including far northern Russia. Troops from member states of the Russia-led Collective Security Treaty Organization (CSTO), made up of several ex-Soviet countries, are also involved in the exercise. The defense ministry said the war games are aimed at testing the readiness of the military of the CSTO countries to "manage coalition groups of troops in containing an international armed conflict."

The troops will simulate "blocking and destroying illegal armed formations during joint special operations," the ministry said. The drill begins as leaders are to arrive in Tajikistan for a summit of the CSTO that starts Tuesday. The exercises running to September 20 include 20 naval ships and up to 170 aircraft, the defense ministry said.
RELATED TOPICS