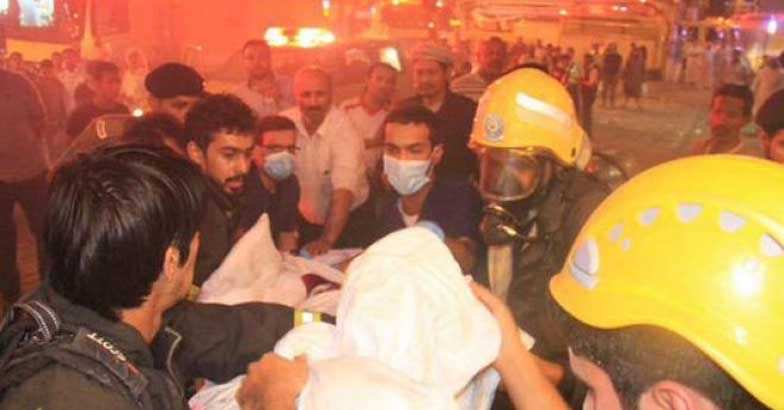 by Sep 17, 2015 12:00 am
A total of 1,028 Muslim pilgrims were evacuated Thursday when a fire broke out in a hotel in the Saudi holy city of Mecca, a week ahead of the annual hajj pilgrimage.

The cause of the blaze, which started on the eighth storey of the 11-floor building, was not immediately known.

Pilgrims are due to start the hajj rituals Tuesday, and they last through September 26.

The mosque, Islam's holiest site, has in its centre, the cube-shaped Kaaba to which Muslims around the world direct their faces in their daily prayers. Muslims also circle the Kaaba seven times during the hajj.

Saudi authorities said 1.2 million Muslims had arrived in the kingdom for this year's hajj.

Muslims are expected to perform the pilgrimage at least once during their lifetimes if they have the means to do so.

Over the years, pilgrims in Saudi Arabia have lost their lives because of stampedes and fires. In recent years, the oil-rich kingdom has invested in making the pilgrimage rituals easier and safer. In 2006, a stampede killed nearly 350 pilgrims.
Last Update: Sep 18, 2015 4:19 pm
RELATED TOPICS