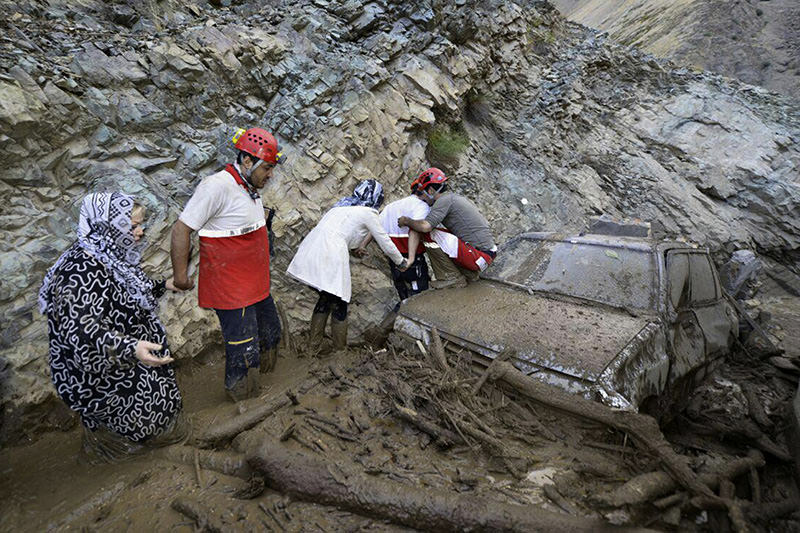 by Associated Press Sep 19, 2015 12:00 am
Iran's state TV says flash floods triggered by heavy rains have killed 10 people in the capital, Tehran, and south of the country.

The report Saturday says the flash flood killed six in Tehran and four in the southern province of Hormozgan on Friday night.

At least eight people, including five members of the same family in Tehran, were still missing. Relief and rescue operations are underway.

Earlier in July, at least 11 people were killed in flash flooding in both Tehran and the northern province of Alborz.