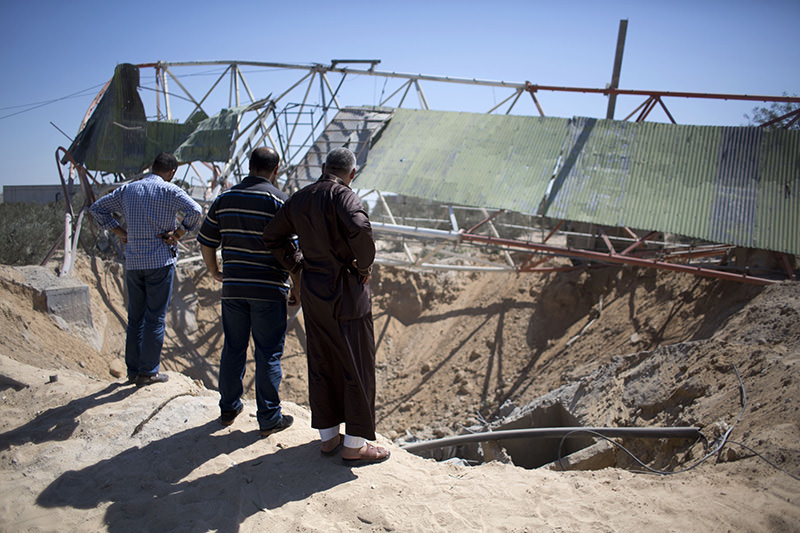 Another Israeli air raid targeted a Qassam security post in the northern Gaza Strip town of Jabalia, according to eyewitnesses.

The Israeli shelling caused damage to the land and the buildings surrounding the targeted sites, without resulting in any casualties, according to Palestinian medical sources.

Tension has mounted at Al-Aqsa Mosque recently, with almost daily break-ins by Jewish settlers and Israeli police and restricting Muslim women, children and men under 40 from entering the mosque.

For Muslims, the Al-Aqsa Mosque complex represents the world's third holiest site. Jews, for their part, refer to the area as the "Temple Mount," claiming it was the site of two Jewish temples in ancient times.

Some extremist Jewish groups have called for the demolition of the Al-Aqsa Mosque so that a Jewish temple might be built in its place.

Israel occupied East Jerusalem during the 1967 Middle East War. It later annexed the city in 1980, claiming it as the capital of the self-proclaimed Jewish state in a move never recognized by the international community.
Last Update: Sep 19, 2015 6:08 pm
RELATED TOPICS