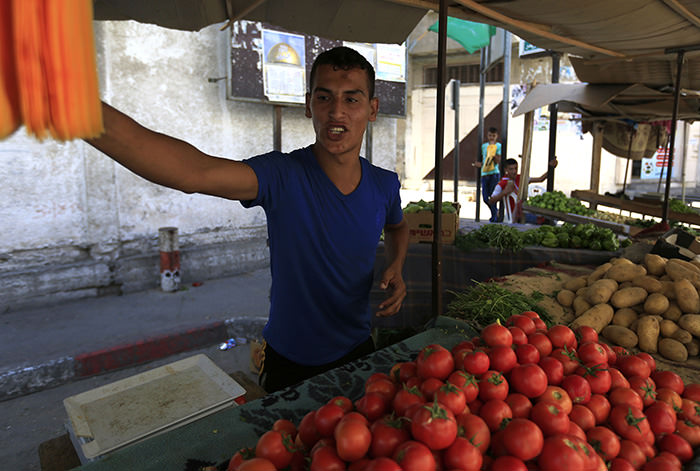 Signs have emerged of an increase in suicides in the Gaza Strip as Palestinians are devastated by economic problems and limited access to basic needs, according to several security services

Muammar Quider was set to marry, but he reached his breaking point as he dealt with the unique pressures of life in the Gaza Strip. The 21-year-old Palestinian recently tried to kill himself by swallowing rat poison. "All doors were closed for me," he said after having survived and been treated, explaining that police had repeatedly arrested him and shut down his fruit stand, depriving him of an income.

Signs have emerged of an increase in suicides and suicide attempts in the Gaza Strip, the Palestinians were devastated by three wars with Israel since 2008. It is impossible to obtain official figures on the subject, which remains taboo in a territory where traditional and religious values dominate. Police insist that it has not become widespread. But a source within the security services told AFP on condition of anonymity that the numbers were "frightening," saying there were cases on a "near-daily" basis.

Doctors have also expressed alarm over the number of patients having ingested toxic substances, but they say police have the final word on the causes of such poisonings. Mohammed Abu Assi has been among them, having spent several days in a coma after swallowing poison. He said that "at 30 years old, I did not even have enough to feed my young children. I preferred to die instead of seeing them die in front of me," he said.

Gaza is filled with desperation, particularly following last summer's conflict that left more than 100,000 people homeless and killed more than 2,200. The small territory of 1.8 million people faces an Israeli blockade and a closed border with Egypt, and rebuilding following the 2014 war has been extremely slow.

Access to water and electricity is limited, while the unemployment rate is among the highest in the world at 42 percent, according to the World Bank. More than 60 percent of young people do not have work, while 39 percent of the population lives below the poverty line and 80 percent depend on various forms of aid.

The United Nations development agency said recently that Gaza could become uninhabitable for residents within five years. "The social, health and security-related ramifications of the high population density and overcrowding are among the factors that may render Gaza uninhabitable by 2020," it said.

The crisis is so acute that 52 percent of Gazans want to leave the territory, a recent poll showed, but closed borders prevent many from doing so. Some have attempted the treacherous journey across the Mediterranean to try to reach Europe. Abu Assi said that the last straw for him was when police closed his small seaside cafe named "Poor People's Roots" - a play on the name of the fancier "Roots" hotel and restaurant nearby. Hamas authorities regularly close stalls or shops they deem to be illegal. Abu Assi said he had lost all hope of providing for his family, who live in a tiny flat of 30 square meters. "Everyone here, young or old, lives in poverty," he said. "When someone reaches the point of preferring death over life, it means that nothing is left for us." His father blames Gaza's leaders, accusing them of doing nothing to help the population. Economist Omar Shaban said he believed the main cause of any increase in suicides was "desperation." In a society "that harms them and oppresses them, suicide, violence and radicalization are responses that have raised fears of an explosion" in the territory, he said.

Earlier this week, the World Bank warned of the "high risk" of renewed Israel-Palestinian conflict if the political and economic status quo between the two sides persists. In a report released on Monday, the World Bank cited a number of factors, including reduced donor aid, Israeli restrictions and political instability that has deterred investors. It also pointed to the failure of donors to follow through on contributions to rebuild the war-battered Gaza Strip, and a continued shortage of construction materials, despite a new international mechanism to bring in goods from Israel. The report said the economy has been shrinking on a per capita basis since 2013. Unemployment remains high, hitting 60 percent among Gaza youths, and 25 percent of Palestinians live in poverty. Steen Lau Jorgensen, the World Bank's country director, says the "volatile reality increases anxiety and uncertainty" about the future.

The Palestinian district of East Jerusalem was captured by Israel during the 1967 six-day war and since then Israel has tried to expand its influence over the neighborhood by allowing Jewish settlers to reside in the disputed area. Israeli aggression does not appear only in Jerusalem but also in Gaza Strip.
Last Update: Sep 30, 2015 1:11 pm
RELATED TOPICS