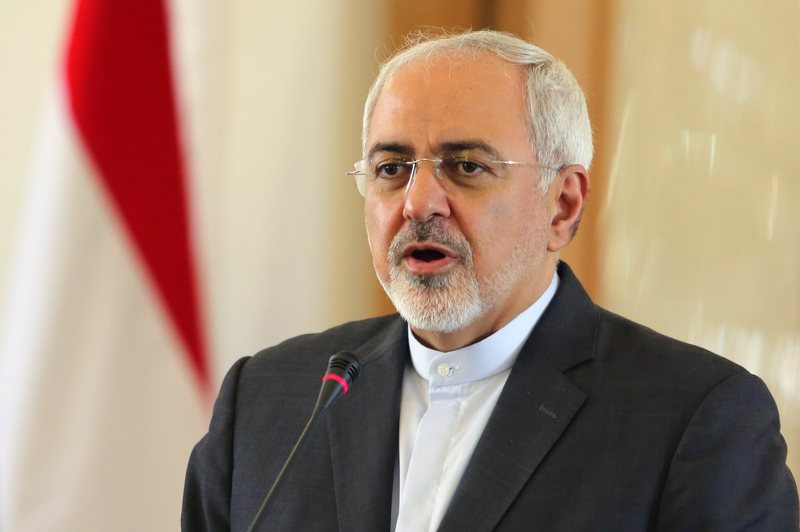 Iranian FM Mohammad Javad Zarif speaks during a joint press conference with Netherland's FM Bert Koenders (unseen) in Tehran, on Sept 20, 2015. (AFP Photo)
by Daily Sabah with Wires Sep 30, 2015 12:00 am
Without naming Saudi Arabia, Iran's foreign minister has blamed it for abetting the rise of extremism in the Mideast and Afghanistan but says his country is ready to cooperate with its regional rival to combat the scourge.

Foreign Minister Mohammad Javad Zarif spoke Wednesday of Saudi "complicity" in the creation of al Qaida and the Taliban. He also accused the Saudis of "irresponsibility" in the mass deaths last week of pilgrims died in the stampede near Mecca. Iran appears to have lost the largest number of pilgrims, with 239 dead.


Addressing the U.N. Security Council, Zarif said that Iran is nonetheless determined not to "live in the past" and wants to engage in "serious dialogue" with all countries in the region in fighting the extremists.

The Middle East, which has been an area of sectarian conflict since the early years of Islam - yet remained relatively calm under the rule of the Ottoman Empire - has been dragged into a new sectarian wave as anachronistic disputes have been triggered by regional powers with the intention of expanding their influence. Iran and Saudi Arabia, which has a centralized Shia version of Islam and the strict religious jurisprudence of Salafi-Wahhabist thought for its policies, respectively, have entered into a competition over the region through applying sectarian policies from which the people of the region suffer. Being far from the mainstream Islamic understanding that is in effect from Indonesia to Senegal, the two countries have been following expansionist policies. Iran has adopted the policy of leading and uniting the Shiite communities in different Arab countries, including Iraq and Yemen, following the revolution in 1979, whereas Saudi Arabia aims to expand Wahhabi Islam through aiding Wahhabi communities in several countries, as the strict version of Islam rejects the accuracy of any other Islamic interpretation.