77 Palestinians wounded by live, rubber bullets over the past 24 hours: Red Crescent 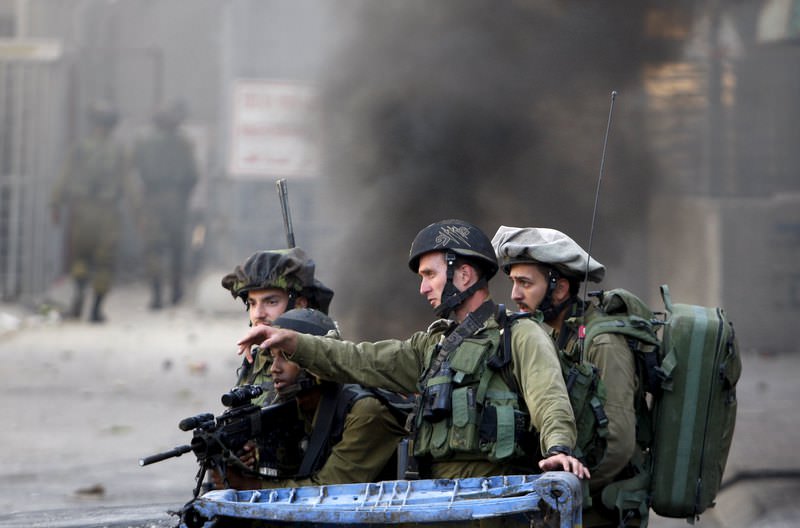 by Compiled from Wire Services Oct 04, 2015 12:00 am
Attacks by Israeli security forces and Jewish settlers have left 77 Palestinians wounded from both live rounds and rubber bullets over the past 24 hours, the Palestinian Red Crescent said Sunday.

Another 139 have been treated for tear gas inhalation and six for injuries sustained in beatings by soldiers or settlers, she said.

Tensions have run high in the Israeli-occupied West Bank and East Jerusalem since the killing last week of two Jewish settlers near Itamar settlement southern West Bank city of Nablus.

A day after the stabbing attack, Israeli police have placed heavy restrictions on entry to Jerusalem's historic Old City.

Only Palestinians who live, work or study in the walled Old City will be allowed in until Tuesday, the police said in a statement. Israeli citizens and tourists will still have access.

Rami Saleh, a director of the Jerusalem Center for Legal Aid and Human Rights, said the restrictions on the Old City "impact us in a very, very bad way".

The police have also extended limits on entry into the Al-Aqsa mosque compound, the third holiest site in Islam, only allowing access to men over 50 and women.

Such restrictions, imposed with brief breaks since Sep 13. in line with a series of Jewish holidays, had already caused raised tensions in the Old City.

As a result, Palestinian youth have frequently clashed with police in and around Al-Aqsa.

They claim the restrictions infringe on their rights to worship at the site, which is officially managed by Jordan, not Israel. Despite a ban on Jewish prayer at the site, hardline Jewish groups have toured the compound accompanied by Israeli soldiers on several occasions since Sep. 13.

The killing of an Israeli couple in the West Bank on Thursday also heightened tensions, leading to reprisal attacks by Israeli settlers who burnt Palestinian vehicles and property.