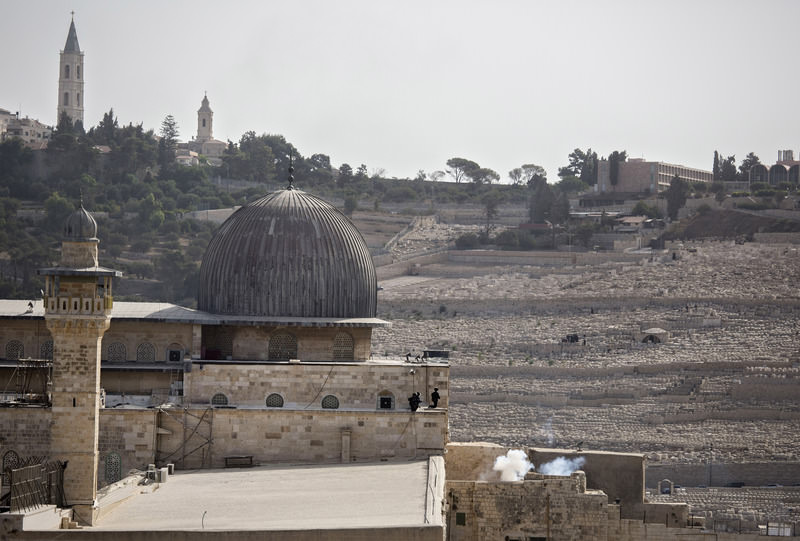 by Daily Sabah with AFP Oct 06, 2015 12:00 am
Israel is to lift temporary restrictions on Muslim worship at Jerusalem's flashpoint Al-Aqsa mosque compound, imposed after the weekend killing of two Israelis nearby, police said Tuesday.

"So far the decision is to return to normal procedures, with no restrictions on entry of worshippers," spokeswoman Luba Samri said in a statement, warning the decision could change if security concerns dictated it.

The easing is due to take effect with Wednesday's Muslim prayers at the site.

On Saturday night, a Palestinian was shot dead by police after he killed two Israeli men, wounding the wife and toddler of one of them, in a knife and gun attack in the Old City.

The following day, authorities imposed a rare ban on Palestinians entering the walled district, except for residents, business owners and schoolchildren.

Israelis and tourists were permitted to enter freely.

At the same time, worship at the sensitive Al-Aqsa compound was ordered limited to men aged 50 and above, although there was no age restrictions on women.

Entry to the Old City for Palestinians was restored on Tuesday although the mosque age bar remained in place throughout the day.