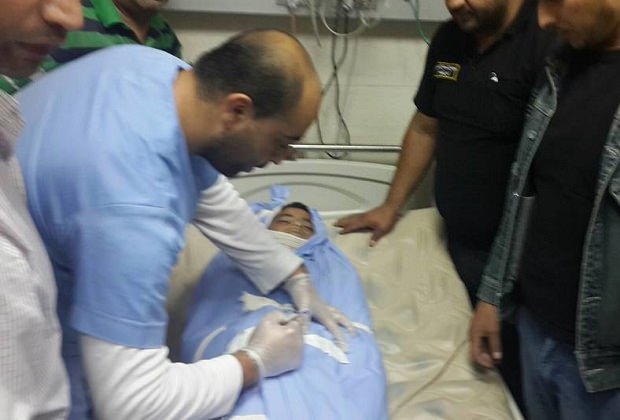 by Daily Sabah with Agencies
Oct 11, 2015 12:00 am
A 13-year-old Palestinian boy was shot dead by Israeli forces during a clash at a checkpoint north of the West Bank city of Ramallah on Sunday, the Palestinian health ministry said.

It identified the fatality as Ahmad Sharaka and said approximately 20 Palestinians were wounded by rubber bullets in the same clash near Ramallah.

The local sources reported that the Palestinian boy, Ahmad Sharake was shot in the neck with a live bullet and added approximately 20 Palestinians were wounded by live and rubber bullets in the same clash near Ramallah.

Sharaka's death brings the total number of Palestinians killed since October 1 to 24. He is also the third 13-year-old that was killed by Israeli sources since then.

Palestinian officials reported that a 30-year-old pregnant Palestinian woman and her 2-year-old daughter were also killed on Sunday after Israel attacked two targets in Gaza.