Experts: Transboundary water a tool for cooperation in Middle East 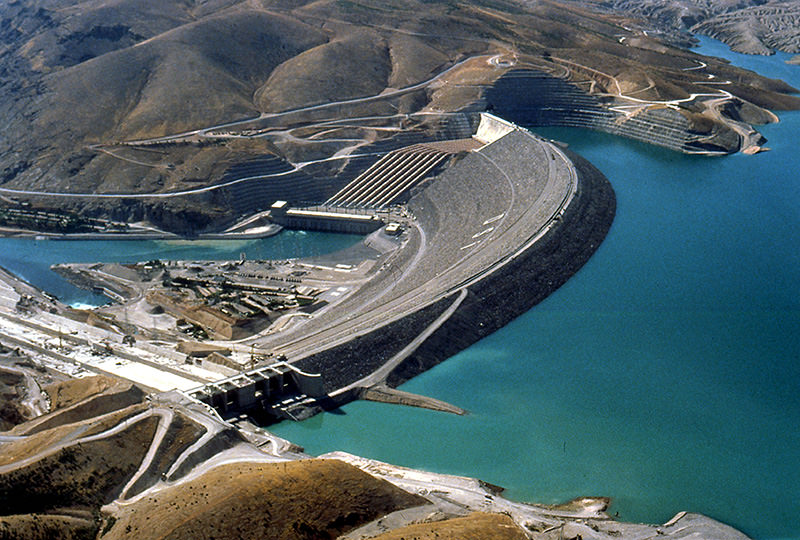 by Mehmet Çelik
Oct 11, 2015 12:00 am
International water experts raised concern on the alarming levels of water scarcity that could cause possible economic complications and regional conflicts and called for using transboundary water resources as a tool for cooperation in the Middle East in a conference titled "Blue Peace in the Middle East High Level Forum."

The conference, which was co-hosted by the Strategic Foresight Group and the University of Geneva on Oct. 8-9, included participation by water experts, academics, high-level government officials and journalists form Turkey, Iraq, Jordan, Lebanon and Switzerland.

Highlighting the alarmingly low levels of mountain water resources, Dr. Martin Beniston, the director of the Institute for Environmental Sciences at the University of Geneva, said the shifts in temperatures and warmer climates will change the behavior of snow, ice and water in mid-latitude mountains. Such changes in behavior will affect the amount and timing of water runoffs that feed river basins, resulting in changes in water availability and increasing economic complications.

Beniston said currently the water on the planet is 77.4 percent ice, 22.1 percent ground water, 0.4 percent surface water, 0.04 percent in atmosphere and 0.0004 percent in the biosphere. The available fresh water is 2.7 percent and the remaining 97.3 percent is sea water.

Transboundary water management is necessary among states that share rivers as available water resources are decreasing and rivalries for water can cause conflict between states, Dr. Christian Brethaut, an academic from the University of Geneva, said at the conference.

"Transboundary river management is about the necessity to cooperate in a context of use, rivalries for water and ensuring coordination between upstream and downstream countries," Brethaut said, highlighting different approaches that can be employed by states for establishing coordination and cooperation through water.

Speaking on Turkey's transboundary water management with its neighbors, Professor Ahmet Saatçi, the president of the Turkish Water Institute (SUEN), said Turkey has on average released more water than promised despite lowering water levels caused by factors beyond human control, such as drought, but the mismanagement of water released and ineffective irrigation has led to negative impacts on the receiving countries. 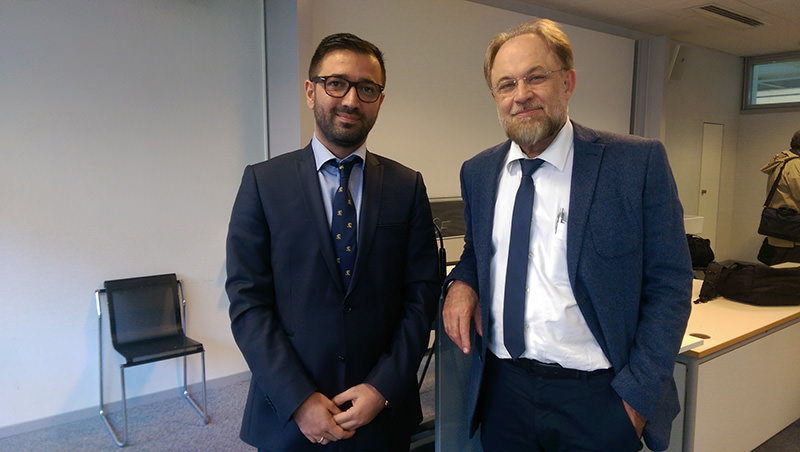 Saatçi also said Turkey is ready to cooperate and offer its technical experience to its neighbors on water-related issues and water security concerns, which has risen due to terrorist groups such as the Islamic State of Iraq and al-Sham (ISIS) taking control of water resources. He said that in Turkey's southeastern regions where dams are in operation for effective irrigation, terror activity has also decreased as a result of its positive impacts on the economic situation in the areas.

In terms of steps that need to be taken for water management on the Tigris and Euphrates, Saatçi said Turkey is ready to offer technical cooperation and technology sharing in addition to formal and informal diplomacy with its neighbors.

Saatçi added that Turkey has employed modern irrigation systems to increase efficiency, water and wastewater treatment systems and systems that allow reusing water as part of its water management policy.

On Oct. 9 a new project that delivers fresh water from Turkey to Turkish Cyprus through a new pipeline was completed and it delivered the first shipment of fresh water, Forestry and Water Affairs Minister Veysel Eroğlu said.

The water came from the Turkish province of Mersin through the Northern Cyprus Water Supply project, which officially started in 2011 by then prime minister and current president, Recep Tayyip Erdoğan.

Turkey has started to provide water for the 80-kilometer pipeline, which runs 250 meters under the Mediterranean Sea.

With the project, around 75 million cubic meters of water can be sent to Turkish Cyprus from the Alaköprü Dam on the Dragos River in Mersin.

Water has been a scarce resource in Middle Eastern countries, a weapon used by terrorist groups in conflict areas and a tool that has been a source of diplomatic conflicts in addition to a health hazard, participants from the attending countries said.

In addition to the existing lack of sufficient water resources in arid or semi-arid countries like Jordan, the added population from the refugee crisis has impacted water availability and water management negatively in countries with high refugee populations, participants said.

The Strategic Foresight Group (SFG), founded in 2002, is a think tank based in Mumbai, India. SFG, currently led by Sundeep Waslekar, focuses on global foresight, water diplomacy, peace, conflict and terrorism. The SFG also created a Water Cooperation Quotient, a tool that predicts prospects of war or peace for reasons such as religion, ideology and military by using transboundary water cooperation as a measure.
Last Update: Oct 11, 2015 5:52 pm