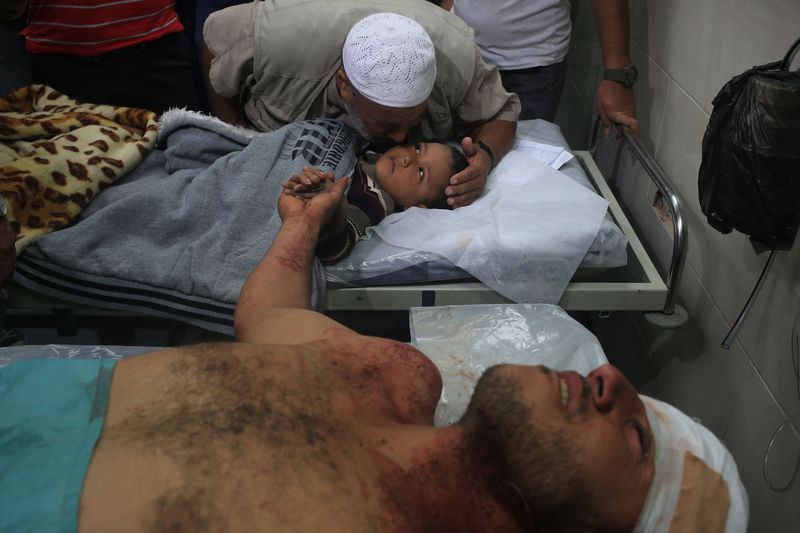 by daily sabah
Oct 11, 2015 12:00 am
An Israeli airstrike killed a pregnant Palestinian woman and her 2-year-old daughter in Gaza Sunday, a Gaza health official said.

Hassan's five-year-old boy and husband were also wounded in the Israeli attack.

The attack came on the same day when a Palestinian woman detonated an explosive in her car at a checkpoint, injuring an Israeli soldier lightly while she was injured critically.

Palestinian Red Crescent spokesman Erab Fuqaha said that as many as 350 Palestinians had been injured in clashes with Israeli security forces on Sunday, 55 of whom were hurt by heavy ammunition and 76 from rubber-coated bullets.

"Clashes in Gaza, meanwhile, are getting very violent, but we don't have any death tolls because medical workers there are overworked," said Fuqaha.

Also on Sunday, at least 44 Jewish settlers -- accompanied by Israeli police -- forced their way into East Jerusalem's flashpoint Al-Aqsa Mosque compound, according to Firas Dibs, a spokesman for the Al-Aqsa Foundation, which manages the site.