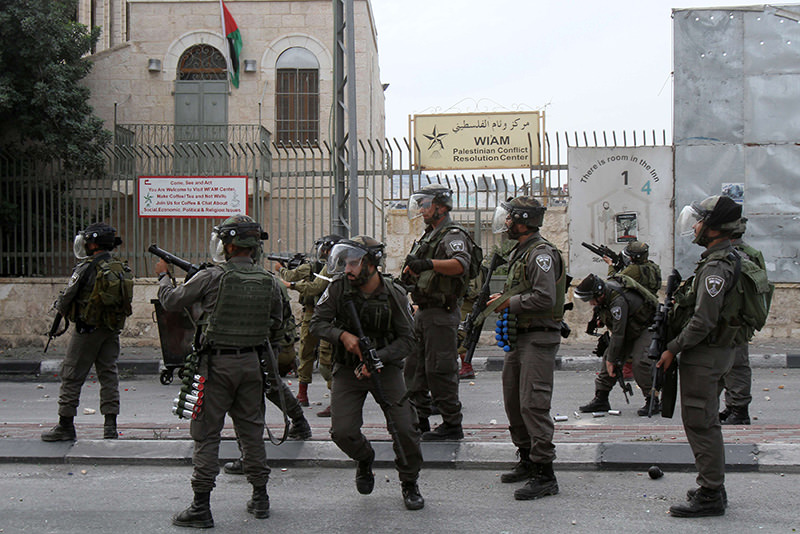 by German Press Agency - DPA
Oct 13, 2015 12:00 am
A Palestinian is dead after being shot by Israeli soldiers during clashes on the northern outskirts of the West Bank city of Bethlehem, according to medical sources.

Mutaz Zawahre, 27, from the Dheisheh refugee camp, was shot in the chest and brought to Beit Jala hospital in critical condition, medics said. Efforts to save his life failed, they said.

The clashes broke out at Rachel's Tomb in Bethlehem. Soldiers fired tear gas and rubber bullets at stone-throwing Palestinians and at times fired live ammunition, a round of which hit Zawahre in the chest.

Earlier in the day, three Israelis were killed as attackers opened fire on a bus in Jerusalem.
Last Update: Oct 13, 2015 7:41 pm