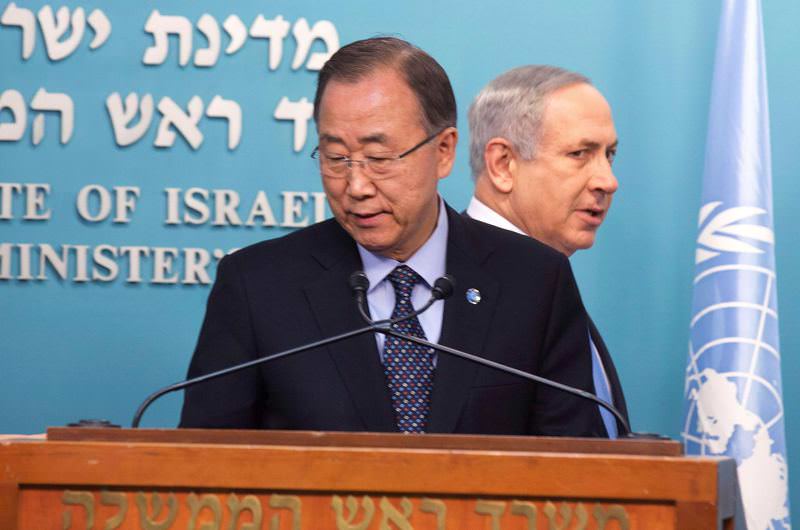 In his speech, delivered at World Zionist Congress, Israeli Prime Minister Netanyahu said Hitler did not want to exterminate the Jews but to expel them. He claimed Palestinian Mufti convinced Hitler for Holocaust

Israeli Prime Minister Benjamin Netanyahu sparked uproar in Israel on Wednesday for suggesting that a World War II-era Palestinian leader convinced the Nazis to adopt their Final Solution to exterminate European Jews. Speaking to a group of Jewish leaders Tuesday, Netanyahu tried to use a historical anecdote to illustrate his point that Palestinian incitement surrounding Jerusalem's most sensitive holy site goes back decades. He said the World War II-era Grand Mufti of Jerusalem, Nazi sympathizer Haj Amin al-Husseini, instigated Palestinian attacks on Jews over lies that they planned to destroy the Temple Mount, known to Muslims at the Noble Sanctuary.

The hilltop compound in Jerusalem's Old City, housing the Al-Aqsa Mosque and the gold-topped Dome of the Rock, lies at the heart of the Israeli-Palestinian conflict and completing claims over it are the source of the current round of violence. It is the third-holiest site in Islam and the holiest site in Judaism, where the two Jewish biblical Temples once stood.

Netanyahu said al-Husseini played a "central role in fomenting the final solution" by trying to convince Hitler to destroy the Jews during a 1941 meeting in Berlin. "Hitler didn't want to exterminate the Jews at the time, he wanted to expel the Jews," Netanyahu told the group. "And Haj Amin al-Husseini went to Hitler and said, 'If you expel them, they'll all come here.' 'So what should I do with them?' he asked. He said, 'Burn them.'"

Holocaust experts slammed Netanyahu's comments as historically inaccurate and serving the interests of Holocaust deniers by lessening the responsibility of Adolf Hitler and the Nazis. Critics also said the statement amounts to incitement against modern-day Palestinians in the midst of a wave of violent unrest and Israeli-Palestinian tensions. Historians quickly noted that the Nazi Final Solution was already well underway at this point, with several concentration camps up and running. Hitler had previously repeatedly declared his lethal intentions for the Jews. Moshe Zimmermann, a prominent Holocaust and anti-Semitism researcher at the Hebrew University in Jerusalem, said Netanyahu made a "far-reaching argument" for political purposes that didn't hold water. He said the comments essentially made Netanyahu a Holocaust denier. "Any attempt to deflect the burden from Hitler to others is a form of Holocaust denial," he told The Associated Press. Al-Husseini was an enthusiastic Nazi supporter. But Zimmermann called him a "lightweight" who was pleading with Hitler for assistance in getting rid of the British Mandate and the Jewish immigrants coming to the Holy Land. He said there was no evidence al-Husseini had any real influence on Hitler.

Netanyahu has long been criticized for invoking the Holocaust when talking about current affairs, alluding to it especially when discussing Iran and its nuclear program.

Opposition leader Isaac Herzog called it a "dangerous historical distortion" that plays into the hands of Holocaust deniers. He called on Netanyahu to immediately correct his comments. "It downplays the Holocaust, Nazism and the role of Adolf Hitler in the great tragedy of our people," he said. "There was only one Hitler." Senior Palestinian official Saeb Erekat said that "Netanyahu hates Palestinians so much that he is willing to absolve Hitler of the murder of 6 million Jews." Even Netanyahu's loyal defense minister, Moshe Yaalon, distanced himself from the comments in an interview with Israel's Army Radio. "I don't know exactly what the prime minister said. History is actually very, very clear," Yaalon said. "Hitler initiated it, Haj Amin al-Husseini joined him and unfortunately the jihadist movements promote anti-Semitism to this day, including incitement in the Palestinian Authority that is based on the legacy of the Nazis."

Meretz leader Zehava Galon also criticized Netanyahu's comments: "This is not a Jörg Haider speech. It's not a part of [Mahmoud] Abbas' doctorate. It's a real quote from Israeli Prime Minister Benjamin Netanyahu," she said. "Maybe the 33,771 Jews murdered in Babi Yar in September 1941 – two months before the Mufti and Hitler met - should be exhumed and updated that the Nazis didn't mean to destroy them." "Those who can't change the future are left with rewriting the past," she said.

Zionist Union MK Itzik Shmuli demanded Netanyahu apologize to Holocaust victims. "This is a great shame, a prime minister of the Jewish state at the service of Holocaust-deniers – this is a first," he said. "This isn't the first time Netanyahu distorts historical facts, but a lie of this magnitude is the first."

Arab Joint List leader Ayman Odeh said Netanyahu "is rewriting history in order to incite against the Palestinian people. The victims of the Nazi monster, among them millions of Jews, have become cheap propaganda in the service of peace rejectionism. Netanyahu proves every day how dangerous he is for both peoples, and how far he's willing to go to cement his rule and justify his disastrous policies."

The prime minister's comments come at a sensitive time, as he is scheduled to travel to Berlin on Wednesday to meet German Chancellor Angela Merkel. Netanyahu is also supposed to meet U.S. Secretary of State John Kerry there in new efforts to bring an end to a month-long wave of attacks that have raised fears that the region is on the cusp of a new round of bloodshed.
RELATED TOPICS