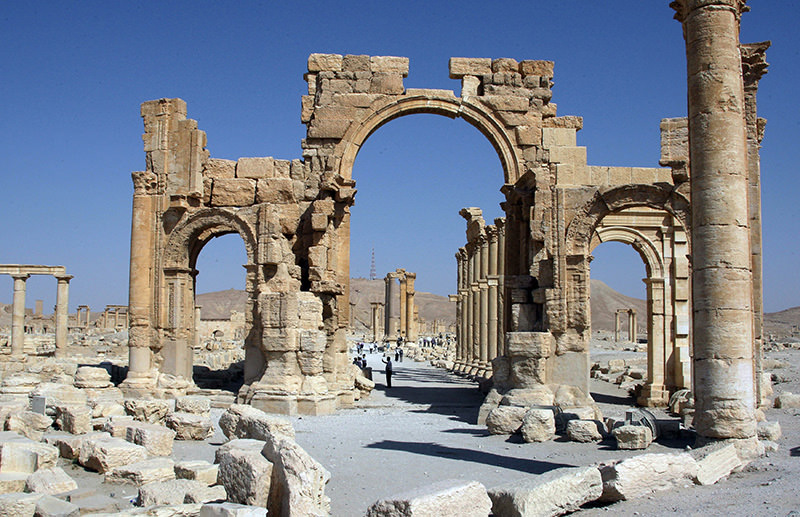 |AFP Photo
by Daily Sabah with Wires
Oct 26, 2015 12:00 am
The ISIS terrorist organization executed three people in Syria's ancient city of Palmyra by tying them to three historic columns and blowing them up, a monitoring group said Monday.

The Syrian Observatory for Human Rights said ISIS on Sunday "tied three individuals it had arrested from Palmyra and its outskirts to the columns... and executed them by blowing up" the three columns.

ISIS took control of the ancient city of Palmyra in May 2015. After the seizure, it carried out executions in the Palmyra ancient site and also demolished parts of the temple of Bel, the largest monumental complex in the ancient city.

An offshoot of the Al-Qaeda terrorist organization, ISIS still holds large swathes of land in Syrian and Iraqi territory under its control.
Last Update: Oct 27, 2015 12:18 pm