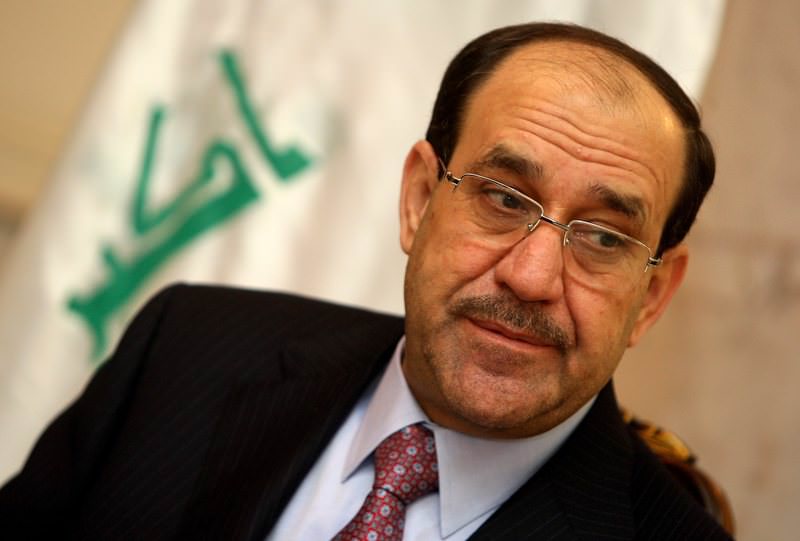 by Daily Sabah Oct 28, 2015 12:00 am
The Iraqi Commission of Integrity (CoI) spokesman Adil Nouri has claimed that half of the government's oil income and funds for reconstruction were 'stolen' and 'vanished' from Iraq during the 8-year period of office of former President Nouri Maliki.

Speaking at the Iraqi Parliament, Nouri said that around 500 billion dollars from government coffers has "disappeared" and is perhaps the greatest corruption in history.

Underlining that Iraq's oil income between 2006 and 2014 alone was only $ 822 billion, he said that the Maliki government had also received more than $250 billion in funds from many countries, namely the U.S., used to pay the salaries and pensions of Iraqi government workers and for reconstruction projects.

Within the scope of corruption investigations carried out by the CoI, Nouri stated that former defense minister Hazm Shalan, former trade minister Abdul-Fatah Sudani and former electricity minister Aiham al-Sammarae were involved in graft during their tenures and charged of corruption.

Along with 53 other officials, a prosecution against the Iraqi Red Crescent authorities was also brought and is still continuing.

Adding that some of the investigations have been concluded, Nouri said "600 officials including ministers, deputy ministers, advisors, general directors have been sued on grounds of corruption. There are even officials who have been sentenced to 130 years in jail."

"Former Prime Minister Nouri al-Maliki has also been sued for corruption but there is still no solid decision or development so, he is still out of jail," Nouri stated.

Nouri also pointed out that graft was mostly revealed within the military, particularly in the purchase firearms.

"There are a great number of them (ghost employees) in the ministry of interior…There are 57,000 people being paid as workers since 2007, when in fact they have not been to work a single day," added Nouri.

"The ministry of defense has started carrying out some procedures to eliminate this kind of corruption. It has been decided to make everyone receive his own salary in person instead of lists," he said as reported by Rudaw, a Kurdish media network.

In September Iraqi Prime Minister Haider al-Abadi had removed 123 deputy ministers and director generals amid a reform drive aimed at curbing corruption and streamlining the government.

Parliament also signed off on a reform plan proposed by Abadi as well as additional measures, and the prime minister began issuing orders for changes, including cutting 11 cabinet posts and slashing the bloated number of guards for officials.
Last Update: Oct 29, 2015 1:10 am
RELATED TOPICS