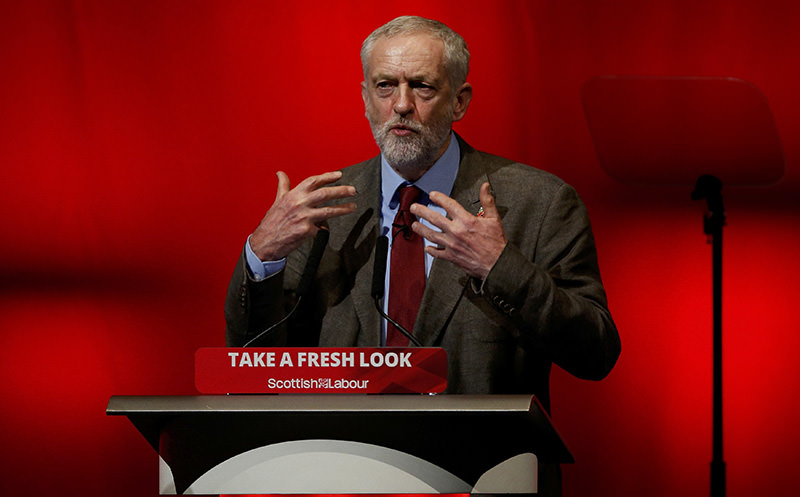 Labour Party leader Corbyn said that the three-day visit, which begins on Wednesday, made a "mockery" of U.K. Prime Minister David Cameron's claims to be promoting peace and justice in the Middle East.

"Support for dictatorial regimes in the Middle East has been a key factor fuelling the spread of terrorism. Rather than rolling out the red carpet to President Sisi, the Prime Minister should suspend arms exports to Egypt until democratic and civil rights are restored."
Meanwhile, differen organizations publicy urged Cameron to withdraw intivation to Sisi or raise Egyptian human rights concerns during his visit.

Hours before Corbyn's statement, Human rights body Amnesty International said that the Egyptian leader had overseen a sweeping crackdown on dissent since the ouster of Mohammed Morsi, the country's first freely-elected president, in July 2013.

"There have been horrifying mass death sentences since President al-Sisi came to power - some after grossly unfair trials - and thousands have been detained in an attempt to quash all opposition. Almost no-one's escaped attention in al-Sisi's crackdown, with members of the Muslim Brotherhood, peaceful protesters and journalists all now languishing in jail."

David Mepham, the U.K. director of activist group Human Rights Watch, added: "The very least David Cameron should do during al-Sisi's visit is support an international inquiry into the grave crimes committed by the Egyptian security forces.

"He should also call publicly for the immediate release of all those unfairly jailed, and urge Egypt to end its abusive counter-terrorism policies in Sinai and elsewhere, which are fuelling, not containing, extremism."
British politicians, activists and academics have also urged the U.K. to withdraw its invitation for Egypt's president to visit the country.

El-Sisi became Egypt's president in a contentious election a year after the ouster of Mohamed Morsi, the country's first elected president, in 2013.

Morsi was deposed by the Egyptian military after a year in power, following mass protests against his rule.

Since then, the Egyptian authorities have cracked down on dissent through operations that have mainly targeted the ousted president's supporters and members of his Muslim Brotherhood group.

The U.K. government said that it needed to work with Egypt to combat terrorism and extremism and described the visit as an "opportunity to hold open and frank dialogue".

Sisi's visit is expected to be met with protests, beginning with a demonstration organized by Egyptian opposition groups outside the U.K. prime minister's central London offices on Wednesday evening.
Last Update: Nov 05, 2015 4:21 pm