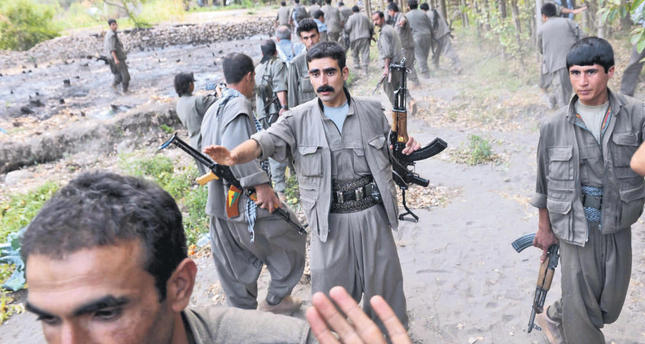 Qassem Shasho, a Ppeshmerga commander for the KRG of Northern Iraq, said peshmerga forces had to postpone plans to liberate Sinjar, an important strategic location in the region, from ISIS because of the PKK presence in the area.

Shasho told the daily that they had hoped to launch an attack against ISIS in the beginning of November, but the PKK and PYD prevented their planned attacks.

A high-ranking PKK militant previously admitted that they maintained a military presence in Sinjar because of the peshmerga forse's refusal to cooperate in the fight against ISIS. "Peshmerga forces will not allow foreign groups to create trouble," Mahma Khalil, the mayor of Sinjar said recently, adding that the PKK is trying "ruin the situation in the area for its own purposes."

Along with Turkey, the EU, U.S. and many other countries, the KRG also views the PKK as a terrorist organization.

Foreign Minister Feridun Sinirlioğlu traveled to the Iraqi Kurdistan regional capital of Irbil on Tuesday to hold talks with KRG President Masoud Barzani and Prime Minister Nechirvan Barzani along with other regional leaders.

KRG sources said Sinirlioğlu met with Prime Minister Barzani on Wednesday and discussed regional developments along with bilateral relations in the framework of combating terror.

Formed in 1978, the PKK terrorist group fought the Turkish state for an independent Kurdistan until the early 2000s. The group then shifted its goal to autonomy in predominately Kurdish inhabited regions of Turkey.