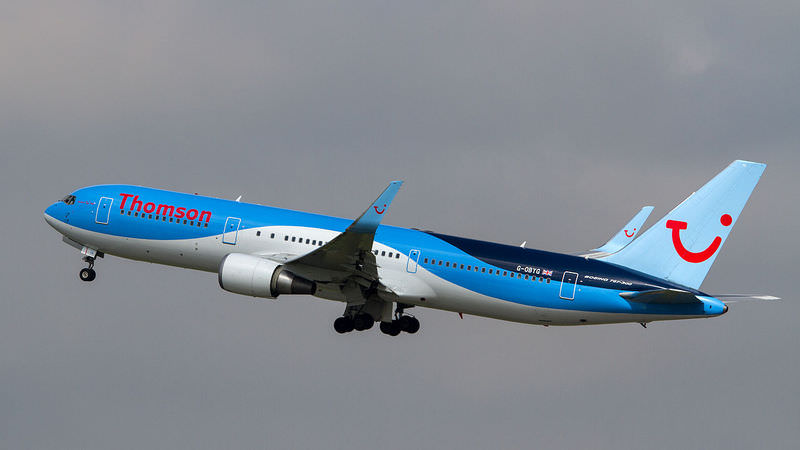 by Daily Sabah with AFP Nov 08, 2015 12:00 am
A British tourist plane heading in to land at the Egyptian resort of Sharm el-Sheikh came within 1,000 feet (300 metres) of a missile in August, it was reported Saturday.

The incident, reported by the Daily Mail newspaper, involved a Thomson Airways plane carrying 189 passengers from London on August 23.

But British authorities found the incident was probably linked to Egyptian military exercises nearby while the airline's owners said it was likely to have involved a flare, not a missile.

A spokesman for Egypt's foreign ministry dismissed the story as "preposterous".

It happened around two months before a Russian tourist plane leaving the Red Sea resort came down over the Sinai Peninsula last Saturday, killing all 224 people onboard.

Egyptian foreign ministry spokesman Ahmed Abu Zeid, referring to the August event, wrote on Twitter that the incident involved ground-to-ground fire exercise at a military base a few kilometres (miles) from Sharm airport.

He added that airliners had been informed in advance of the military exercises.

A spokesman for Britain's Department for Transport said: "We investigated the reported incident at the time and concluded that it was not a targeted attack and was likely to be connected to routine exercises being conducted by the Egyptian military in the area at the time."

A spokesman for TUI Group, which owns Thomson Airways, added: "Their (the department's) view also at the time was that it was probably a flare.

"As a result, there was no cause for concern. It was safe for Thomson Airways to continue its flying programme to Sharm el-Sheikh."

The Daily Mail said the Thomson Airways pilot took evasive action and landed safely. Holidaymakers were not told about the incident.

Britain suspended holiday flights to the popular resort of Sharm el-Sheikh on Wednesday after saying it feared a bomb may have brought down the Russian jet, with Moscow following suit Friday.

The first flights bringing stranded travellers back from the Egyptian resort returned to Britain Friday, but there remains a backlog of holidaymakers waiting to come back to Britain on airlines including Thomson.
Last Update: Nov 08, 2015 10:16 pm
RELATED TOPICS