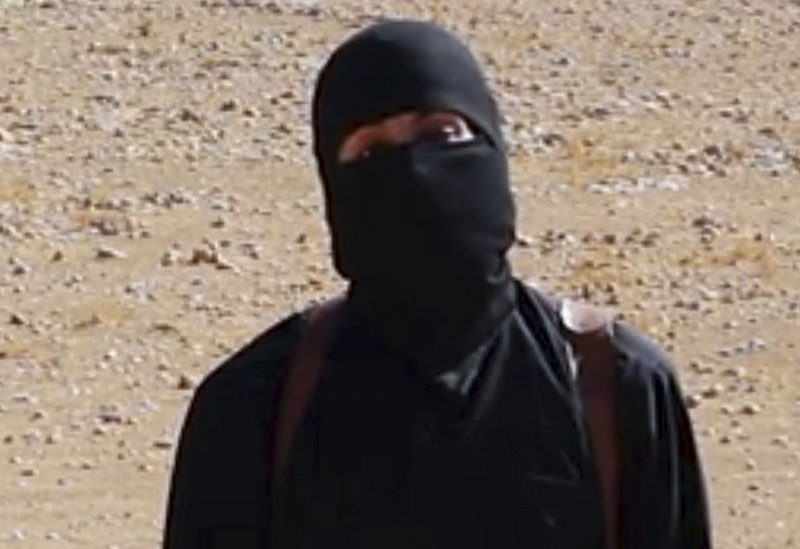 by reuters
Nov 13, 2015 12:00 am
The United States on Thursday carried out an air strike in Syria targeting the ISIS terrorist known as "Jihadi John," who participated in gruesome videos showing the killings of American and British hostages, officials said.

One U.S. official, speaking on condition of anonymity, said the strike likely killed Mohammed Emwazi, a British citizen, but cautioned that it was too soon to make any determination.

The Pentagon said it was still assessing the effectiveness of the strike in the Syrian city of Raqqa, the de facto capital of ISIS.

If his death is confirmed, it would be an important milestone in the U.S.-led campaign against the group and would come more than a year after U.S. President Barack Obama promised justice after the deaths of American hostages.

Dressed entirely in black, a balaclava covering all but his eyes and the bridge of his nose, Emwazi became a menacing symbol of ISIS brutality and one of the world's most wanted men.

Kassig, from Indiana, was also known as Abdul-Rahman, a name he took after converting to Islam in captivity.

"We are assessing the results of tonight's operation and will provide additional information as and where appropriate," said Pentagon spokesman Peter Cook.

It was not immediately clear how long it might take for a final determination.

The first U.S. official said the operation itself had been in the works for days. Still, key details remained unclear, including how the United States tracked Emwazi down and how it planned the operation.

The strike came just as the United States seeks to increase pressure on ISIS fighters, who have seized parts of Syria and Iraq, and who Obama has vowed to defeat.