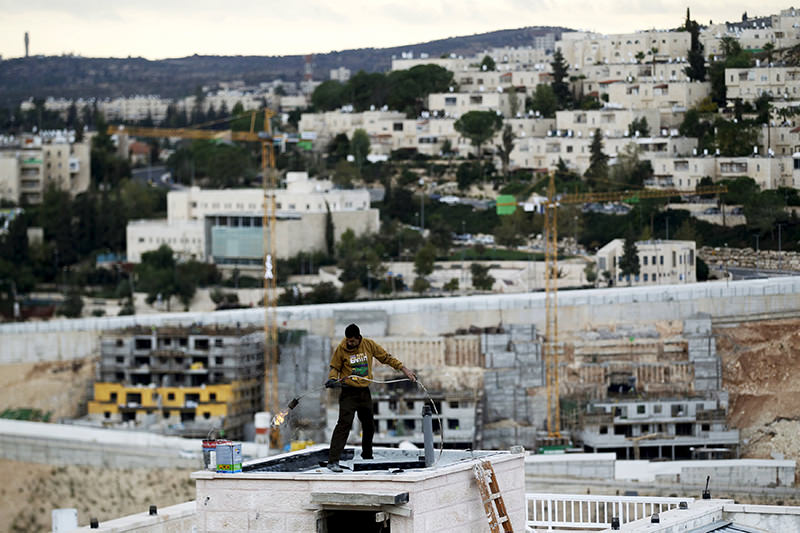 Ramat Shlomo, a religious Jewish settlement in an area of the occupied West Bank that Israel annexed to Jerusalem November 17, 2015 (Reuters Photo)
by Daily Sabah with AP Nov 17, 2015 12:00 am
An Israeli official says Prime Minister Benjamin Netanyahu has given final approval for the construction of more than 400 settlements in a Jewish neighborhood in east Jerusalem.

The official say the homes will be built in Ramat Shlomo, part of a project that upset the U.S. when it was announced during a 2010 visit by Vice President Joe Biden.

Israel captured east Jerusalem in the 1967 Mideast war and annexed the area. The annexation is not internationally recognized, and the Palestinians claim east Jerusalem as the capital of a future state.

The official spoke on condition of anonymity because he was not authorized to discuss the matter with the media.

Some 200,000 Israelis live in a ring of Jewish neighborhoods built in east Jerusalem to prevent the division of the city. The Palestinians and virtually the entire international community view them as illegal settlements.