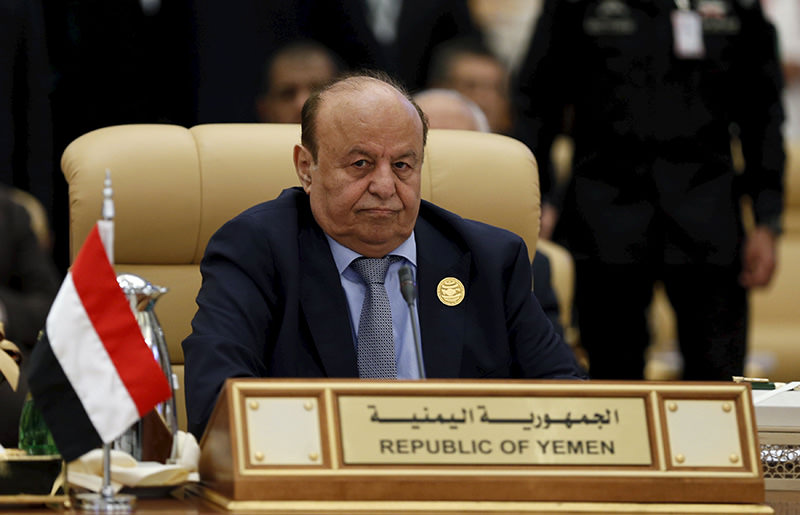 A number of ministers accompanied Hadi, who returned for the second time to Aden since the Yemeni conflict erupted in March. Hadi's first visit was in September following six months in exile in Saudi Arabia.

Sources said that Hadi is expected to stay in Aden until the end of November before he leaves for a visit to a number of countries.
Yemen has remained in turmoil since September 2014, when the Shia Houthi militant group overran capital Sanaa and other parts of the country.

Since Riyadh launched its air campaign, at least 2,600 Yemeni civilians have been killed and more than 5,000 injured, while the number of internally displaced people in the country has risen to some 2.3 million, according to UN figures.
Last Update: Nov 17, 2015 11:51 am