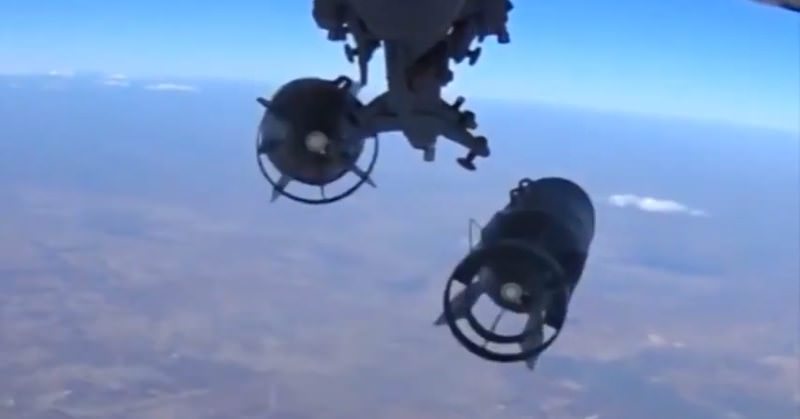 by Daily Sabah with AFP Nov 21, 2015 12:00 am
At least 36 people were killed Friday in air strikes by Russian and Syrian jets on DAESH-controlled Deir Ez-zor province, a monitor said, describing them as the heaviest in the region since the start of the war.

"At least 36 people were killed and dozens more injured in more than 70 raids carried out by Russian and Syrian planes against several districts in Deir Ez-zor," Rami Abdel Rahman of the Syrian Observatory for Human Rights monitoring group told AFP.

He described the raids, which targeted several large cities and smaller towns in the province and three oil fields, as "the worst bombardment of the region since the start of the uprising in 2011".
The province and most of the provincial capital is held by DAESH militants, with the exception of the military airport and a few areas controlled by the regime.

The US-led coalition fighting DAESH said Monday it had destroyed 116 fuel trucks used by the DAESH terrorists in eastern Syria, in one of the largest raids in weeks.

DAESH reportedly makes millions of dollars in revenue from oil fields under its control, and the coalition has regularly targeted oil infrastructure held by the group.

An investigation by British newspaper The Financial Times last month estimated the militants reap some $1.5 million a day from oil, based on the price of $45 a barrel.

Russia, which is also stepping up its own air campaign against DAESH, on Friday unleashed cruise missiles from warships in the Caspian Sea at targets across Syria for only the second time since it started bombings in September.