Britain to join fight against Daesh with airstrikes 'two weeks away' 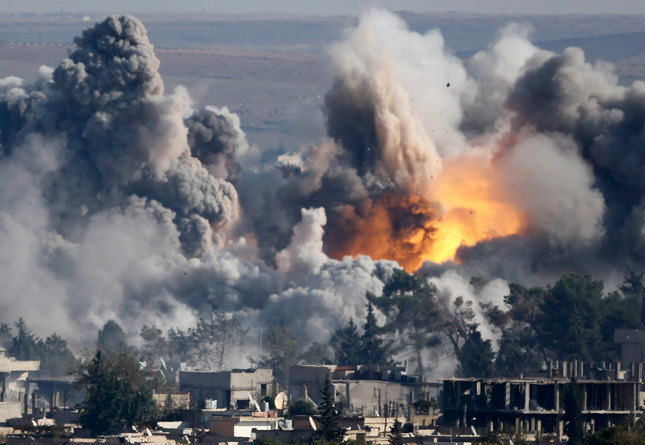 by Anadolu Agency Nov 22, 2015 12:00 am
Britain could launch the first of its proposed airstrikes against Daesh targets in Syria within two weeks, according to press reports.

Prime Minister David Cameron will argue his country's sophisticated weapons technology and its need to be a good ally to France and the U.S. are among the reasons why the U.K. should deploy, according to sources quoted in a number of Sunday newspapers in Britain.

Britain has been striking Daesh targets in Iraq from the air since September 2014. Cameron has long wanted to broaden the mission to include the group's nerve center in the northern Syrian city of Raqqa. Such a move would require parliamentary approval.

The Sunday Times reported U.K. government whips have been given a week to find enough MPs to support the plans, while the Sunday Telegraph said sources close to Cameron were "increasingly confident" of winning the argument after the UN Security Council passed a resolution to combat Daesh last week.

Earlier this month, parliament's influential foreign affairs committee had said it was "not yet persuaded" that aerial strikes would defeat the group and help end the Syrian civil war. Cameron is expected to respond by Thursday and individually lobby MPs in the House of Commons.

In an appearance on a Sunday morning political program, Finance Minister George Osborne insisted the U.K. government would only a table parliamentary motion when it was sure it could win it.

"This week we are going to step up our diplomatic efforts, our humanitarian efforts and make the case for a greater military effort against ISIL [Daesh]," Osborne told the BBC.

"The prime minister will seek support across parliament for strikes against that terrorist organization in Syria. Frankly, Britain has never been a country that stands on the sidelines and relies on others to defend us."

Possible airstrikes have divided opinion in the opposition Labour Party, of which the leader, Jeremy Corbyn, is a long-time pacifist. There are reports he will order his party to vote against military action, although many Labour parliamentarians are known to oppose his views.
Last Update: Nov 22, 2015 5:27 pm
RELATED TOPICS