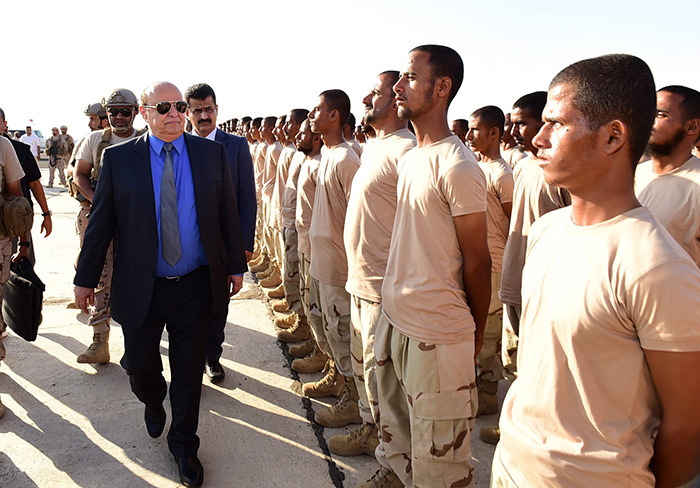 A majority of the mercenaries are reportedly Colombian, but the group also includes soldiers from Panama, El Salvador, and Chile.
The Colombian soldiers come from an U.A.E military base that has been secretly operating for five years, which reportedly trains an 1800 brigade.

The troops will be fighting in support of pro-Abd Rabbuh Mansur Hadi Yemeni government, backed by the Saudi-led coalition [also includes the United States] which is against the Shi'ite Houthi rebels loyal to the former President Ali Abdullah Saleh, backed by Iran.

Earlier in 2015, Houthi rebels took over Yemen's official capital Sanaa, forcing the government to go on exile. The government has relocated the capital to Aden since then.

Saudi Arabia and Iran, both reportedly pay foreign fighters, mainly Sudanese, Ethiopian, or Eritrean, to fight in their lines as proxies, the report has claimed.

The report claims that Emirates pick Colombians particularly, as they are familiar with guerilla warfare fighting against Revolutionary Armed Forces of Colombia (FARC) for many years.

The civil war in Yemen, which began as a consequence of Arab Spring revolutions in late 2010, has resulted in deaths of more than 6000 civilians and destroying the country, pushing the more than 20 million people [80 percent of the population] to a humanitarian disaster, including famine, UN has said.
Last Update: Nov 26, 2015 5:07 pm
RELATED TOPICS